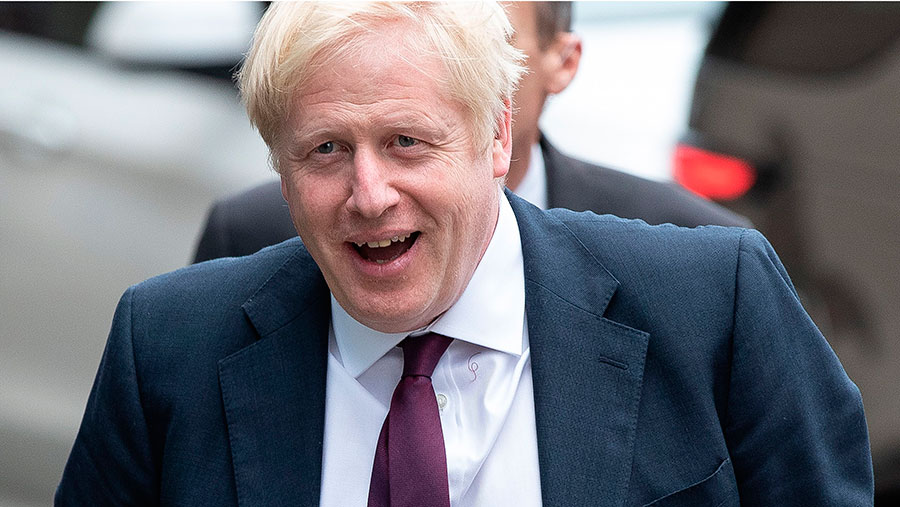 Tory party leadership contender Boris Johnson has promised to return the £160m “convergence money” that Scottish farmers say they are owed, should he become prime minister later this month.

The money forms part of a £190m package the EU allocated to the UK in 2013, to make up for the fact that area payments in Scotland fell below the EU average.

The Scots believe all this money should have gone to Scotland, but the Westminster government allocated Scotland only £30m, arguing that total subsidy receipts by Scottish farmers were actually higher than the UK average. The remaining £160m was shared out among the rest of the UK.

But following energetic lobbying by Scottish farmers and their representatives, Mr Johnson has now confirmed that he will pay that money should he be confirmed as prime minister.

‘It is only right that, after we leave the EU on 31 October, we take this historic opportunity to unite our country,” he said.

“As we leave the CAP, we can address many of the historic injustices that that system introduces, and make sure that Scotland’s farmers get the support that they are owed.”

In a statement, Mr Johnson also states that “this one-off payment can easily be afforded via the £26.6bn fiscal headroom that was identified [by the chancellor] in the Spring statement”. In other words, it will be new money and will not involve any deductions from farmers in England, Wales and Northern Ireland who also had a share of the convergence package.

During a visit to Scotland last week, Mr Johnson also promised a further £25m to Scottish farmers in 2020 and announced a review to ensure that the funding is delivered as quickly as possible.

Welcoming the news, NFU Scotland president Andrew McCornick said: “This is set to be the single biggest cash injection to Scottish farming in a very long time and when it comes it will make a big difference to many.

“The convergence money was originally awarded to the UK in 2013, off the back of Scotland’s low payment rate per hectare. Without Scotland, and our 85% Less Favoured Area land, the UK as a whole would have received a payment cut.”

Mr McCornick also paid tribute to former NFU president Jim Walker, who has represented Scottish farmers in Westminster during the Bew review into the convergence funding issue, saying his tenacity “has helped to rectify a long-running injustice”.

Speaking to Farmers Weekly, Mr Walker praised Mr Johnson, saying he had understood the nature of the problem immediately and resolved to deal with it swiftly.

“This is his chance to prove that he is a man of action,” he said. “He is also sending a message to Scottish farmers about the benefits of staying within the UK, effectively saying, ‘stick with us and we’ll look after you’.

“There is enough financial headroom to cover this. It is small change in the great scheme of things, but it is huge for Scotland.”

The Bew review is set to announce its findings in the coming weeks.