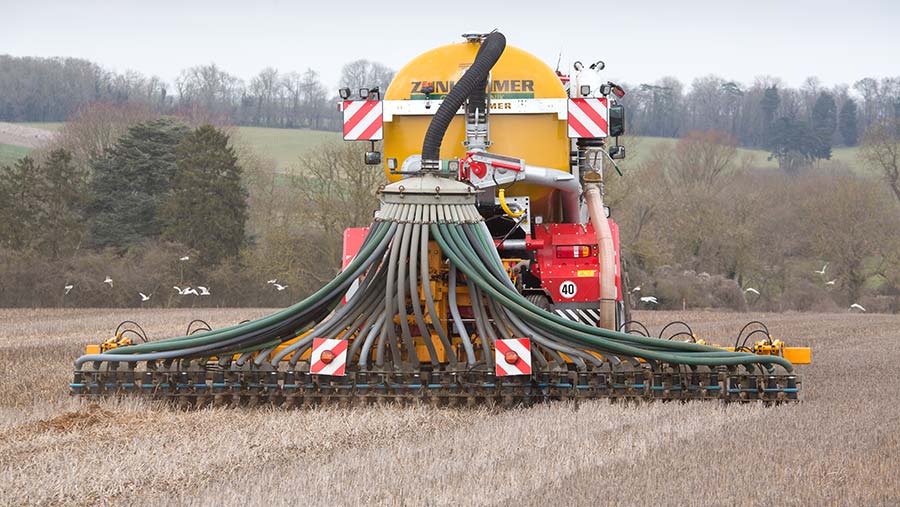 Farm leaders have launched a furious tirade against the Welsh government after a vote to scrap controversial water pollution rules that would limit the use of slurry and fertiliser on farmland in Wales was defeated.

The outcome means the Welsh government’s regulatory measures to address agricultural pollution in Wales, under Water Resources (Control of Agricultural Pollution) (Wales) Regulations 2021, will apply from 1 April and be phased in over the next three and a half years.

Following the vote, Welsh farming unions rounded on the Labour-led Welsh government, accusing it of orchestrating a “final betrayal” which would “kill off” family dairy farms and boost industrial-scale production.

The Welsh government insists that the new rules, which will mean tougher restrictions on the use of slurry and fertilisers, are necessary to tackle river pollution and improve water quality in rivers and lakes. They have been branded “draconian” by farming unions but welcomed by wildlife groups.

The changes, which will have a big impact on dairy farms, will involve upgrading of slurry storage facilities, will require farms to have at least five months’ worth of slurry storage, and will impose a three-month ban on slurry spreading every autumn to curb run-off from fields during wet months.

More than 11,000 Welsh farmers sent emails to Senedd members highlighting the acute financial impact that implementing the new regulations will have on their farm businesses.

The Welsh government’s own regulatory impact assessment states that the measures will cost Welsh farmers as much as £360m in upfront infrastructure costs alone.

NFU Cymru president John Davies said he was “deeply disappointed” by the outcome of the vote and insisted there was a better way to safeguard and improve water quality in Wales.

“I remain astounded why our government has totally ignored the 45 recommendations based on advice and guidance, voluntary approaches, investment support and smart regulation to improve water quality put forward in 2018 by an expert group chaired and resourced by its own regulator, Natural Resources Wales,” he added.

NFU Cymru had instructed its legal team to explore a legal challenge against the Welsh government’s decision to introduce the regulations.

The Farmers’ Union of Wales (FUW) accused the Welsh government of breaking repeated promises that it would not bring forward the regulations until after the coronavirus pandemic, and of “making false claims about agricultural pollution getting worse in recent years when incidences have fallen”.

A scientific study of the impact of that legislation in areas designated as NVZs for between 12 and 15 years found that 69% showed no significant improvement in surface water concentrations after 15 years, and that 31% showed a significant worsening.

The Welsh Conservatives accused the government of a “lazy ‘cut and paste’ of much-discredited EU regulations”.

Janet Finch-Saunders, the Conservative shadow minister for environment and rural affairs, said: “This is a betrayal of Welsh farming and the environment by Labour and the Lib Dems and a dark day for our rural communities.”