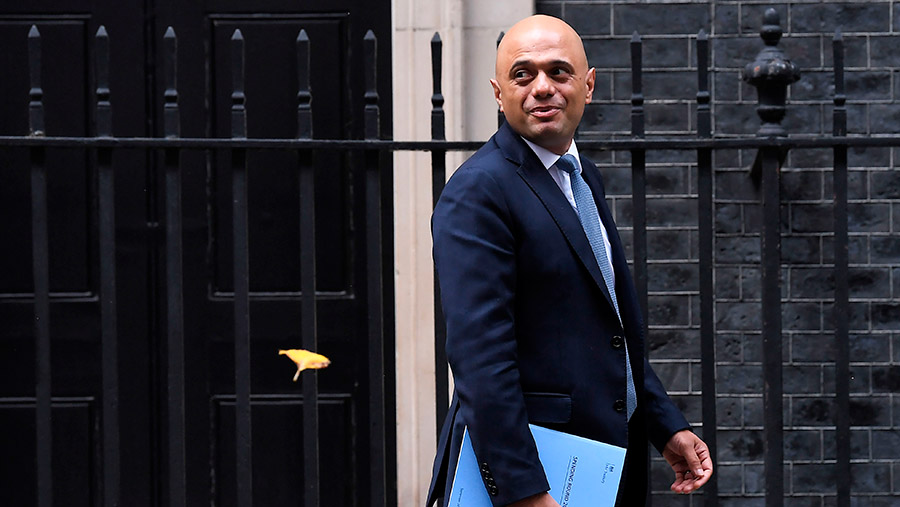 Scottish farmers are set to benefit from an additional £160m of support after the government pledged to fulfil a Boris Johnson campaign pledge to return convergence funding.

Scottish farmers and politicians were outraged in 2013 when EU money allocated to Scotland was retained by the Westminster government, and they have been campaigning ever since to see it returned.

The announcement came today (4 September) as part of Chancellor Sajid Javid’s first spending review in which he also allocated additional cash to Defra and pledged that no government department would see funds cut in the next financial year.

The extra cash is widely seen as an attempt to blunt Labour accusations that the Tories are the party of austerity, ahead of an all-but-certain general election before the end of the year.

Changes in England include an additional £20m to support delivery of the Agriculture Bill and other replacements for the EU Common Agriculture Policy.

Livestock farmers are set to benefit from an additional £8m of funding to combat antimicrobial resistance and bovine TB, and there will be almost £5m extra for the Food Standards Agency to help maintain food safety and standards after Brexit.

There will also be additional funds for wider environmental improvements, including a £30m increase in funding for air quality and an additional increase to Defra’s general resource budget.

Country Land and Business Association president Tim Breitmeyer said: “Whilst we understand that this review focuses on the next financial year, we still believe that there are a raft of potential supportive measures which have been ignored.

“In the short term we argued [in a letter to the Chancellor last week] for contingency measures to support farming in the case of a no-deal Brexit.

“In the medium to long term, we stressed the need to guarantee the current £3.2bn funding through to the end of the transition period, as well as extra funding for the development and piloting of public goods programmes.”