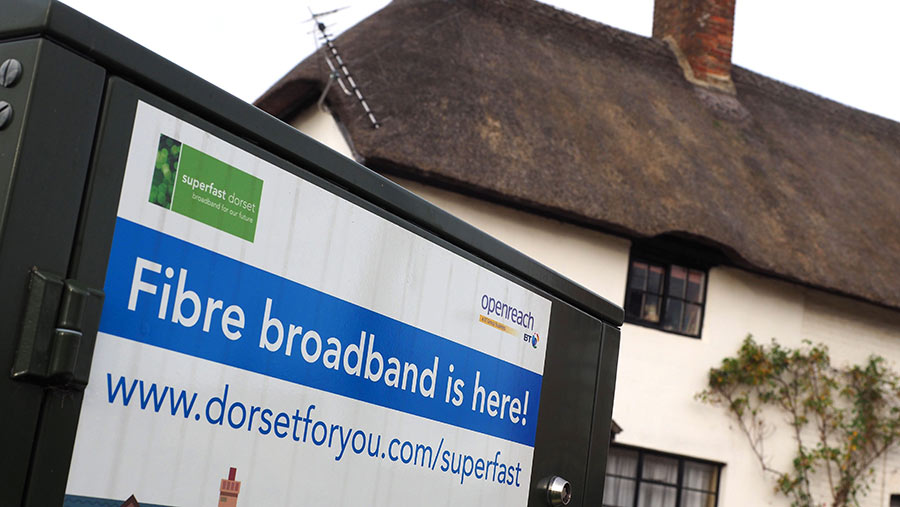 Welsh farm businesses have been urged to make use of a broadband voucher scheme worth £2,500 before funding runs out due to high demand.

It was expected the scheme would have enough cash to run until 2021 and initially vouchers of up to £3,000 were available.

But 7,000 businesses claimed funding in the first 12 months and voucher values have been cut back to £2,500 each to allow more businesses to take part.

However, businesses in Wales have not been making use of the scheme, which can be used to contribute to, or fully fund, installations of full-fibre gigabit broadband.

The breakdown of funding taken up shows demand in Wales is lagging far behind other regions.

Just 58 Welsh businesses have claimed the voucher, compared with 1,613 in the West Country and almost a thousand in the south-east of England.

The figures released by government this week have prompted urgent calls for businesses in Wales not to miss out.

Businesses and local community groups interested in requesting a voucher should visit the government’s website which includes instructions on how to register.

UK government minister for Wales Nigel Adams said the scheme was a fantastic offer and would benefit businesses and homes.

“I urge all eligible businesses and home owners to apply as soon as possible to make sure they don’t miss out on the fantastic offer,” Mr Adams said.

Ms James explained that the reduction in voucher values would allow funding to include more than 1,000 additional businesses and homes.

But she said her department would monitor take-up after the cutback to determine whether there were locations where a higher voucher value would be justified.

How does the scheme work?

The scheme is part of a series of government initiatives to extend fibre broadband coverage by 2033, making sure no communities are left behind.

The vouchers can only be used to support the eligible connection costs through broadband suppliers.

Where suppliers are able to provide qualifying connections to single businesses, vouchers will be made available to cover up to £2,500 of eligible costs.

Rural residents face additional restrictions and can only benefit as part of a local community group scheme, which must also include small businesses.

Residents and businesses taking part in a group scheme can work together to pool the value of their vouchers.

Where are the vouchers being spent?

Not all businesses will be able to access fibre broadband at this time, but there is also a scheme to ensure access to basic broadband with speeds of up to 2Mbps.

More information can be found about this on the Department for Culture, Media & Sport website.