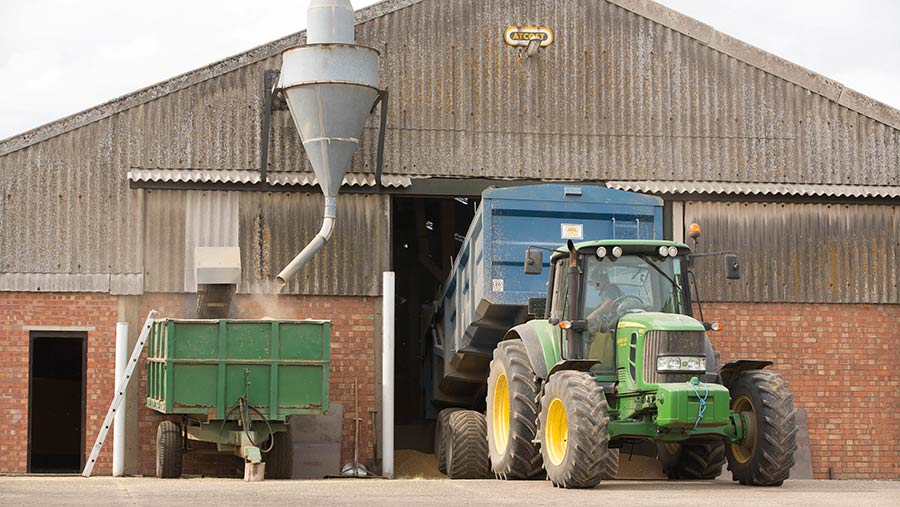 On most farms, there are opportunities to make up for some of the coming Basic Payment Scheme (BPS) cuts, even if none is obvious at first, say advisers.

Changing farm rent levels to the new post-BPS reality will be like turning around a supertanker, but for many farms a reduction is part of the solution to the BPS deficit, says Robin Hobson, chairman of consultancy Laurence Gould.

“The value of BPS is currently incorporated, to a greater or lesser extent, in all farming agreements.

“The next couple of years will be difficult, as some farms will be operating on ‘old money’ when they tender for rents, not taking account of BPS changes, while others will be tendering on ‘new money’ and the reality of reducing BPS.

“For most farmers, a reduction in rents paid as part of any agreement will not be immediate, but a medium-term aim within the seven-year period [until Environmental Land Management is fully operational].”

This could require collaboration with others and will be determined by how strongly the BPS element is incorporated in any agreement, but the higher the proportion of BPS, the more rapidly it should be tackled, says Mr Hobson.

“Scarcity in the local market often drives rents beyond their economic return, so assess rented land carefully. It may be prudent for the overall business to retain rented land, even if it appears expensive as a stand alone asset, he says.

“Short-term agreements give little security to plan and invest. Rent reviews can only happen every three years on most agreements, and require 12 months’ notice.

“Rents are not solely based on the BPS claim – they also look at profitability – but it needs consideration. Wheat at almost £190/t solves the lack of BPS at the moment, but is unlikely to last, from a planning point of view.”

Farmers often do not charge enough rent for cottages, let units, horses and so on, says Mr Hobson.

“This is probably because most haven’t needed to charge more and also because it is stressful increasing the rent to long-standing tenants.”

On one farm where he advises, the commercial units rents hadn’t changed for a long time.

“The farmer had been putting it off, but decided we would go and explain that the rents would be going up and the reason for this.

“The tenants were understanding, willing to pay and basically surprised the rent hadn’t gone up before.”

On a second farm, the cottage rent had not been changed for a number of years.

They are good tenants and the farmer was reluctant to change it, but a look at the local paper showed that the rent was probably £250 a month below the market rate, worth £3,000/year. The rent was duly increased.

“Every situation is different and the current financial circumstances mean that it is not always wise to increase rents, but this is another area where many farms can gain income as part of their ‘bite-size’ solution to the BPS deficit,” says Mr Hobson.

Those not already in Mid-Tier Countryside Stewardship (CS), or coming up for an extension, should compare the net margin on some of the options with arable break crops, says Andrew Jenkinson, a partner in land agent Robinson & Hall. 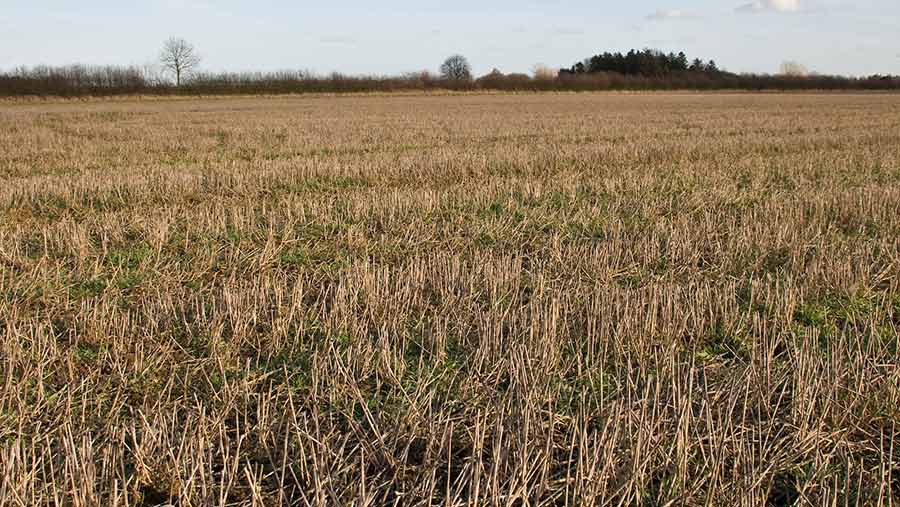 “These offer a guaranteed income, no storage costs [potentially releasing space for alternative income from other uses of that storage] and freeing up time for other changes.”

On top of this, there is lower risk and a reduced cashflow demand on inputs. Depending on the business structure, it may also allow some machinery restructuring.

“On a number of farms we have put half the farm into these options – you can’t argue with the figures,” says Mr Jenkinson.

“Next year, there will also be two new air-quality options for Countryside Stewardship and I can’t believe these won’t be carried into the new scheme in some format.”

In contemplating the loss of BPS, the challenge is deciding what to focus on and making it happen, says Mr Hobson.

Now that there is certainty about BPS rates for the next four years, he suggests a bite-size approach to change and concentrating on areas that can be controlled.

“Share farming, contract farming and joint ventures can offer opportunities to share resources [whether they be people, land or machines] and bring forward a new generation of farmers.

“A good example of this comes from two livestock farms, where I helped set up a machinery share.

“The two farms, one dairy and one beef and sheep, were relatively small-scale. Both had quite old-fashioned, labour-intensive feeding systems.”

The businesses needed to address staffing issues and reduce costs, he said, and both wanted to invest in a feeder wagon to address these points, but individually could not afford the cost.

They agreed to share the purchase, with 50% of the cost going on to each balance sheet, and usage and running costs also shared.

“There were some concerns initially about wanting to use the machine at the same time, but they just adjusted feeding times to ensure they would not clash,” says Mr Severn.

“This is a simple example, and a good way to start, but scaled-up machinery shares can have an even greater effect and potential to save costs, particularly on arable farms which are often still overcapitalised.”

Although not an option for all farms, the current PDRs offer a good route for conversion of agricultural buildings, but may not be around for ever, says Mr Jenkinson.

Class Q offers the ability (subject to conditions) to convert farm buildings into up to five houses. “However, it is often better to sell on, rather than build out, whether PDRs or full planning,” he advises.

“If you build out and then sell, you are treated as a housebuilder and the profits will be taxed as income.”

He also warns to give careful thought to the potential effects of such plans on the farming operation.

“Separate people from the farm, simply from a health and safety perspective, they do not mix. A new driveway split can solve this relatively easily.”

Class R (subject to conditions) allows a wide range of uses from storage and business through to restaurants, hotels and leisure.

“Class R is a simple application process which, in our area, is allowing 5,000sq ft former grain stores to be let for in the region of £20,000-£25,000/year after minimal conversion costs,” he says.

“If you decide instead to continue using the building as a grain store, that is a £20-£25/t storage cost compared with the income you could have earned by letting it.”

The rental option can tie in with a lower combinable cropping acreage through the CS options described above and can provide cash to reduce borrowings or to fully fund a new grain store over four to five years, says Mr Jenkinson.

Plan liabilities so you know their timing and size, says Mr Jenkinson. “It may be better to put a hire purchase item over five years and pay some interest [which should be tax deductible] than putting the business under pressure to pay it over three years.”

With borrowing as cheap as it has ever been, consider using it to diversify and add income, says Mr Turner.

However, he warns that rates, fees and review dates need careful examination. In particular, many that are fixed-rate often incorporate review dates which means they are not in fact fixed.

With November 2021 feed wheat futures having been above £160/t several times, he also advises forward grain sales to spread the risk. “It may go up further, but don’t be greedy, because it could fall a long way too.”

A useful calculator is available to help budget for the recently announced BPS reductions.

Designed by James Reader, an accountant with Albert Goodman, claimants simply need to enter their 2020 BPS payment and the tool calculates the stepped reductions to produce the sums they will receive each year from 2021 to 2024.

Machinery and equipment Is any kept on a “just-in-case” basis? If so, could you do without it or use a contractor? Selling kit to bring in cash could also cut maintenance and insurance costs.

Renewable energy and housing Many developers are looking for new sites – get professional advice on potential sites and options, including from legal and tax angles.

Woodland The government’s tree planting targets are not being met, so grants may increase in future. The woodland carbon market is starting to develop, which will offer an income for some.

Biodiversity net gain Enshrined in the Environment Bill, expected to become law next year. This means developers will have to demonstrate they are improving biodiversity by 10% on building sites. Where they are unable to do this, they will have to pay farmers and landowners to help them fulfil these obligations on other land.

R&D tax credits Available only to those trading as a company, these enable farmers to offset 230% of their spend on qualifying equipment and technologies.

Andy Richie, partner and head of agriculture at accountant Azets, says farmers may be missing out on these credits. Qualifying equipment includes many of the technologies already being widely adopted, such as sensor technology, microchips in livestock production, robotics and AI to reduce manual tasks, make savings in labour costs and improve precision timing of tasks.