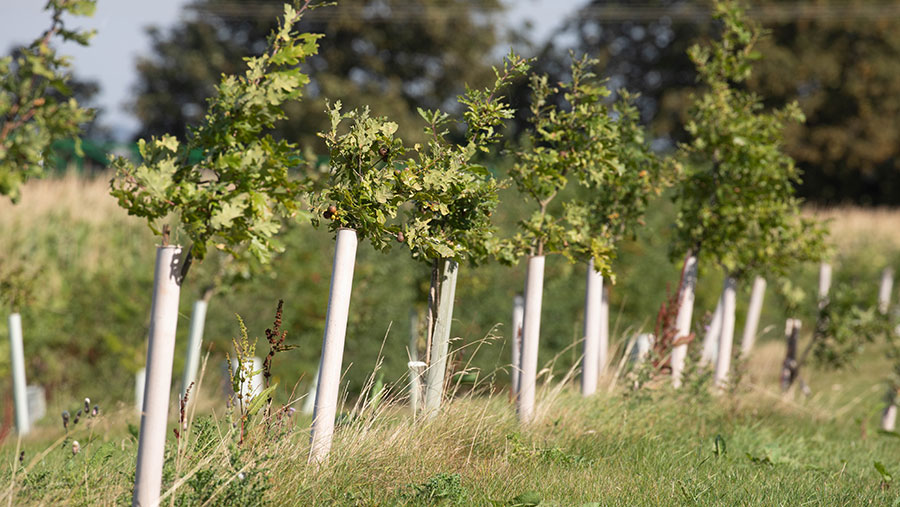 The government has set out plans to phase out direct payments as it introduces a new Environmental Land Management (ELM) scheme.

Basic payments to farmers in England will be halved by 2024 and phased out completely by 2028, Defra said on Monday (30 November).

See also: Direct payments to be halved by 2024

But full details are yet to be unveiled on payments to be made available to farmers under the ELM scheme. Those details are expected next year.

The government says the new system will enable growers and livestock producers in England to produce healthy food profitably and sustainably without subsidy.

It describes the new system as the most significant change to farming support and land management in 50 years.

Farmers will be encouraged to take steps to improve the environment, animal health and welfare, and reduce carbon emissions.

Starting next year, the Basic Payment Scheme (BPS) will be gradually phased out, with the money released used to fund new grants and schemes.

The biggest reductions will made to the higher payment bands (see below).

The government says it will also reduce bureaucracy by cutting unnecessary red tape and working with the industry to design a more targeted regulatory system.

Defra secretary George Eustice said: “If we work together to get this right, then a decade from now the rest of the world will want to follow our lead.”

Mr Eustice says farmers and other land managers will be asked to finalise the design and operation of the new ELM scheme to ensure it works for everyone.

This will include ongoing tests and trials – and details of a planned national pilot for the ELM scheme, expected to be published early next year.

The ELM scheme will consist of three elements:

Sustainable farming incentive – which will support approaches to farm husbandry that deliver for the environment, such as actions to improve soil health, hedgerows and integrated pest management.

Local nature recovery – which will pay for actions such as creating, managing or restoring habitats, natural flood management and species management.

Landscape recovery – which will focus on landscape and ecosystem recovery through projects looking to achieve large-scale forest and woodland creation, peatland restoration, or the creation and restoration of coastal habitats, such as wetlands and salt marshes.

Defra says work is ongoing to design the future scheme in collaboration with farmers and land managers and will continue next year.

The expected launch of the national pilot in late 2021 will involve up to 5,500 farmers over a three-year period.

The government says this will build on lessons from 68 live tests and trials being carried out by farmers across England.

Expressions of interest for the national pilot are also expected to open early next year.

At the same time, the funding gained from phasing out direct payments will be used to introduce new schemes to help farmers become more productive.

A new farming investment fund will open for applications next year.

It will provide targeted support to businesses so they can invest in equipment, technology and infrastructure that improves productivity.

From 2022, farmers will also benefit from an increased investment in agricultural research and development that aims to improve innovation in the sector.

The new measures apply to England only. Scotland, Wales and Northern Ireland are developing their own policies for agriculture and the rural environment.

A special resilience programme will be made available throughout the first three years of the transition period to help farmers most affected by the phasing out of direct payments.

Defra will also consult formally on a proposal to offer lump sum exit payments to farmers who want to leave the sector. It plans to delink direct payments from land later in the agricultural transition.

“The rate at which direct support reductions will take place… leaves English farmers with significant questions. These payments have been a lifeline for many farmers… and will be very difficult to replace in the first four years of this transition.”

“The announcement made by Defra today tells us, with great clarity, how much we will be losing in terms of the Basic Payment Scheme without giving anything like the detail needed to understand how this can be recouped through the new schemes.”

“With only a month to go before the transition phase begins, we have no details whatsoever about how this will work on the ground and the level of investment it will provide. This lack of detail risks casting a shadow over [the] government’s laudable aims.”

“ELMs, in particular, needs more development. Without a detailed picture, it is difficult for farmers to transition to a nature-friendly farming approach that would ultimately make farming business more resilient and halt the decline of nature.”

“It will be critical to ensure funds released from the phasing out of direct subsidies are reinvested in a new standards-based approach to incentivise sustainable farming which delivers genuine environmental benefit.”

“Although limiting payments for the wealthiest farmers makes sense, the proposal to cut agricultural subsidies in half as EU support disappears is a betrayal of our farmers and the rural communities they are at the heart of.”