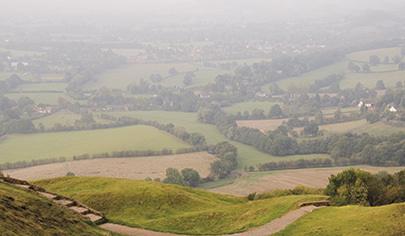 A campaign to save county council farm tenancies in Herefordshire has amassed more than 500 signatures in its first day and has now gone past 800.

At least six farming tenants of Herefordshire County Council have been served notice to quit, despite believing the council had given assurances in December tenancies would be protected.

A total of 15 tenancies are due to be served notice this year following the council’s decision to sell its farming estate.

It is expected that 30 tenants on Agricultural Holdings Act (AHA) tenancies will also be affected by the transfer to a new landlord.

A petition to urge the council to reconsider the sale and take back the notices to quit has reached near to 1,000 signatures since its launch yesterday.

Sell off a ‘waste’ for future generations

Welsh Newton Young Farmers’ Club member Rebecca Roper, who started the petition said it was shocking Herefordshire Council had made the decision in the way it had.

“I’m not a tenant and am lucky enough to come from a farming family with owned land. [The council’s decision] will ruin the chances of people who want to stand on their own two feet, but who don’t have land to inherit.

“It’s just such a waste of opportunities for other tenants and future generations.

The petition snowballed after Miss Roper posted it on Facebook yesterday and other people and Young Farmers Clubs started sharing it.

She said she had received huge amounts of support from local people and many were asking her for copies so they could start a paper petition.

Anger and frustration for tenants

The council attracted anger earlier this month when it served notice to quit to five tenants, even though it had said in December people would not lose their homes or livelihoods as tenancies would be protected and transferred to a new owner.

“We look like we are going to lose our homes and businesses. I’m a little bit numb – we’re not sure where to move on from here”
Nick Lloyd, farm business tenancy holder

However, the leader of the council Tony Johnson told Farmers Weekly he had only been referring to AHA tenancies at the time and he had said other tenants would not “necessarily” lose their livelihoods.

He said: “We’ve had absolutely no contact from the council [since being served notice to quit] – no letters, visits or phone calls,” said Mr Lloyd.

“We look like we are going to lose our homes and businesses. I’m a little bit numb – we’re not sure where to move on from here.

“We will probably have to move county. But I don’t want to find somewhere else and move, for the council to then turn around and say our tenancy has been rescinded.

“I’ve looked at a couple of farms and ground to let but nothing is fitting.”

Mr Lloyd is planning to take the issue to the council ombudsman with the support of the Tenant Farmers Association (TFA) and ask for the notices to quit to be cancelled.

Meeting with council proves ‘a let down’

TFA chief executive George Dunn, said a meeting between the tenant’s association and the council on 8 February had been met with aggression and defensiveness by Harry Bramer, the councillor in charge of contracts and assets.

Mr Dunn described Councillor Bramer’s attitude in the meeting as “negative, obtuse and completely devoid of any issue of concern for tenants”.

The TFA believed there were strong grounds to challenge the council’s decision to serve notices to quit, based on assurances made in December.