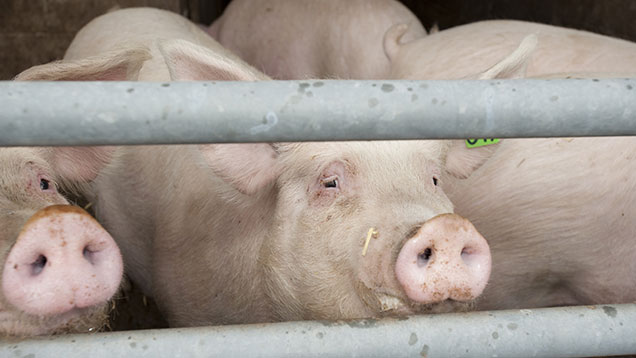 Most pig producers were losing money in the first three months of 2015, according to new figures.

Latest AHDB data shows the average pig price dipped below the average cost of production for the first time since early 2013.

A Bpex report said the higher costs were largely down to a modest rise in feed prices. But costs were still 6p/kg lower than a year earlier and low for recent years.

“This has helped limit the impact of falling pig prices on producer margins, for now at least,” the levy board said.

Supplies are still running high in the UK, though prices have shifted less than 2p/kg since the start of March.