New entrants to farming who turn to the bank of mum and dad for funding should always agree the terms in writing.

This was the advice from John Hartwright of Laurence Gould at last week’s Fertile Minds roadshow in Cambridge.

The director of the agricultural consultancy told the young farmers and students at the event that family finance had many advantages, including low cost and flexibility, but that it was still worth making an agreement.

Listen to the podcast and read the report below.

“Be clear on the terms at the outset, particularly duration,” he advised in his talk on finding finance.

Not clarifying when the money should be paid back risks awkward situations, he says, if family members want money back unexpectedly, or if a family member dies and the estate goes to an executor.

“Always write something down, even if you decide to change it later,” says Mr Hartwright. “It doesn’t have to be done by a solicitor. 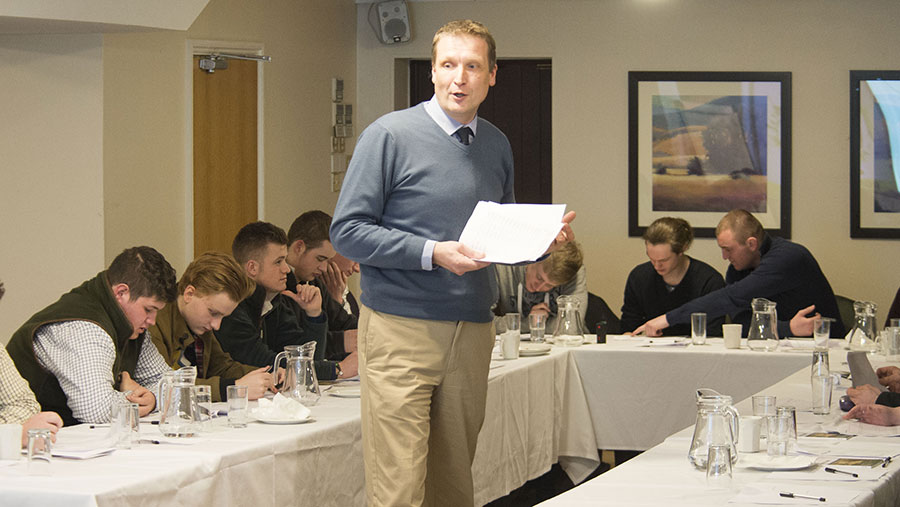 “However, formal agreements could prevent arguments. The ultimate problem with borrowing from family is that if things go wrong you have to continue to live with or speak to your family.”

Family finance also doesn’t need to be in the form of cash, he adds: “They can offer the same thing by providing security and/or a guarantee.

“If you have a parent who owns a house without a mortgage, they don’t have to sell their house to give you £50,000 – they can offer it as security to the bank manager.”

The biggest problem new entrants face when applying to banks for finance is their lack of a track record.

“You have to borrow money to get a track record but the financiers won’t lend you money because you don’t have a track record,” he says.

Having a bank account that is managed well and clearing your credit cards helps. Young people can also switch from pay-as-you-go phone deals to direct debits.

“Anything that just gives the powers that be the impression that you are used to handling debt and repayments helps,” he says.

The roadshow’s other speaker, Nick Blake, director of farm business consultancy Andersons Eastern, told attendees that cash was king when it came to the banks.

Banks, he says, are more interested in farm businesses’ cash surplus or deficit than the profit recorded in formal accounts. 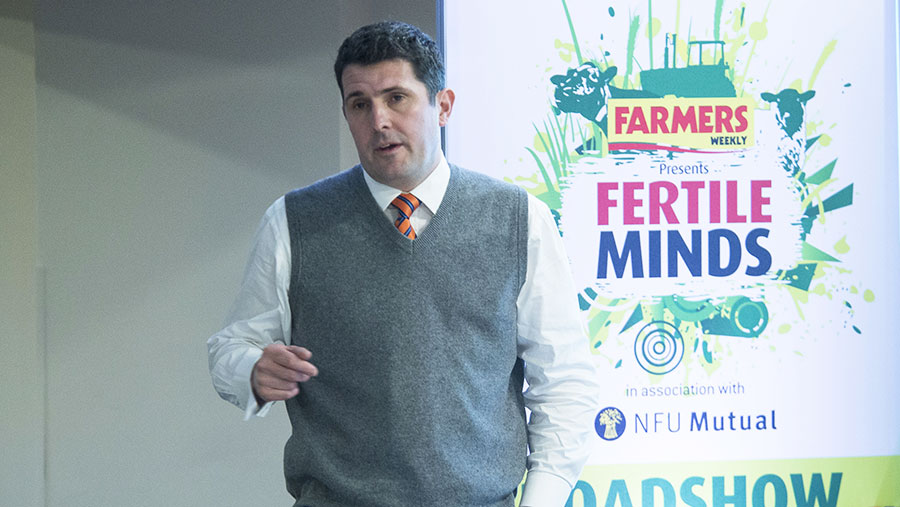 “From a profit-and-loss perspective, a business might look profitable, but most of the banks are now interested in cash generation – because that’s ultimately what services the debt,” Mr Blake explains.

There are various actions farms can take to improve their cash situation, including drawing less out of the business, selling stock or hire-purchasing tractors rather than paying on the day, says Mr Blake.

Farms canalso look into lengthening the timescale for paying those they owe money to, although those involved in buying groups cannot always do this.

Another option is VAT. “Farmers are generally net reclaimers of VAT because we don’t pay VAT on the things we sell,” said Mr Blake. “Most of the time the taxman owes us money – so go from quarterly to monthly VAT claims.”

What is Fertile Minds?

“NFU Mutual has been pleased to support the Fertile Minds roadshows, which have given dozens of young people around the country useful insights and advice on crucial topics such as finance, marketing and working with supermarkets.

NFU Mutual wishes all of those who attended the roadshows the very best with their future farming careers.”