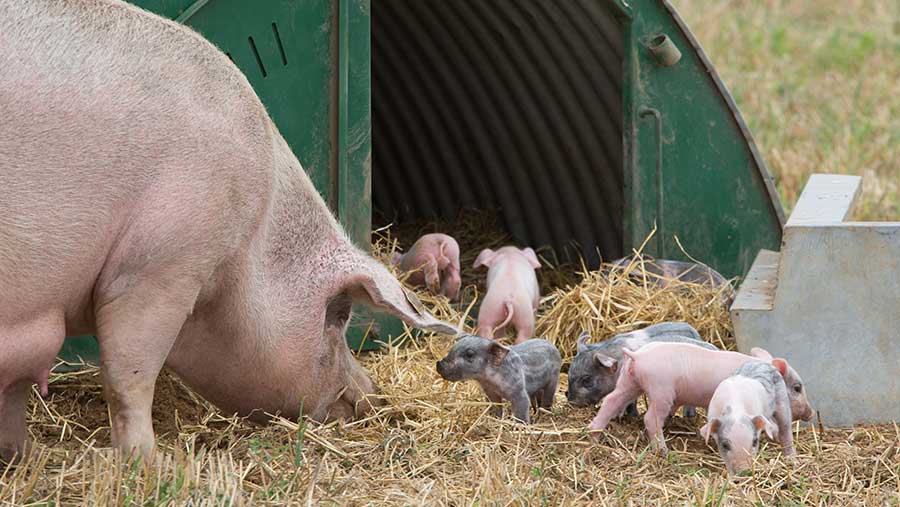 Pig numbers grew by 3% in 2017 to hit their highest level in England for nine years, Defra’s December pig survey has revealed.

According to AHDB Pork analyst Bethan Wilkins, the Defra figures suggest recent year-on-year growth in pig slaughterings is likely to continue in the short term.

But she raised a question over the figure’s accuracy because of a similar hike in numbers in December 2016.

“This suggests the absolute figure for 2016 may have been somewhat overstated, and the most recent census results may remain a little inflated.”

She also queried figures for the English female breeding herd. Defra’s estimate of 325,000 head was just 0.4% up on the previous year.

Ms Wilkins, therefore, urged caution in interpreting the figures, which may have under-estimated the rise in the female breeding herd.

“With the significant improvement to producer profitability in 2017, slightly larger growth in the breeding herd may have been anticipated, especially considering the high throughputs in recent weeks,” Ms Wilkins reckoned.

That said, within the detailed figures there is a 3% fall shown in the number of in-pig gilts, which may be an indication that producers are not pushing for expansion due to uncertainty over the future level of pig prices, she added.

The Co-op has announced its own-brand fresh pork, bacon, sausage, gammon and ham will be sourced from 100% outdoor-bred pigs.

The move means that all pigs within its producer group farms will be born outdoors and raised in straw barns to meet RSPCA Assured criteria.

The Co-op said it is working in partnership with pig producer, processor and food group Tulip Ltd to link the supply chain from farm to consumer.

The 100% outdoor promise is set to be rolled out across both standard and premium Co-op ranges.

Co-op retail chief executive Jo Whitfield said that the highest animal welfare standards should not just be the preserve of top-tier products.

“We want to ensure that the very best quality British pork is available at everyday affordable prices. We will be working hard with innovative and passionate British farmers who share our principles.”

The latest announcement follows the Co-op’s move in May 2017 to switch all of its own-brand fresh meat to 100% British, alongside a further £1bn investment into sourcing home-grown meat and fresh produce.