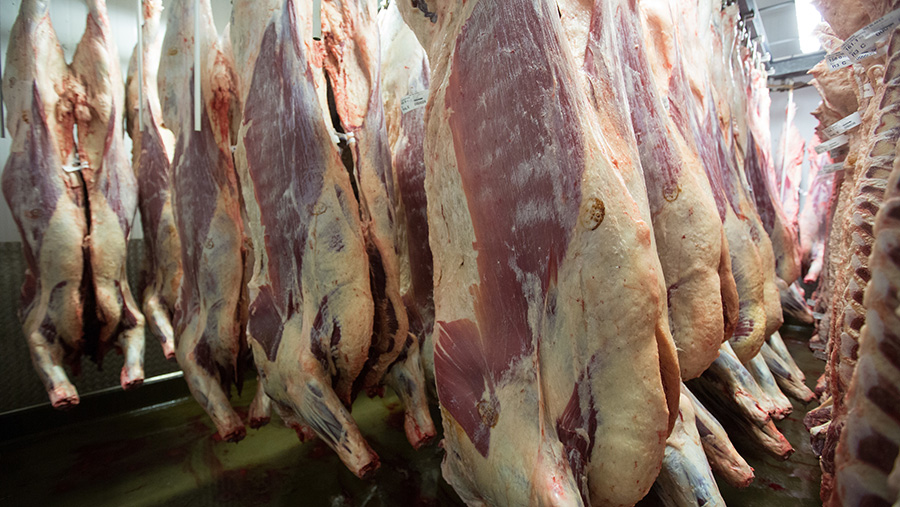 Interest in prime cattle is starting to wane as processors complete their buying for Christmas.

The average price of prime cattle in Great Britain fell by about 1p/kg deadweight in the week ending 3 December, according to AHDB Beef & Lamb, while average steer prices fell 0.5p/kg to 352.7p/kg.

However, deadweight prices are currently almost 9p/kg higher than in the same week last year.

Demand for steers and heifers meeting R4L classification continues to remain quite strong, with average prices for these animals increasing slightly to 367.5p/kg and 364.5p/kg, respectively.

It was believed that most processors had now met their requirements for the Christmas period, said the levy board.

“There are, though, reports that some processors are concentrating on building stocks of beef from commercial animals, before pre-holiday purchasing fully comes to a close.”

However, the average price masks the price differential seen between regions. Steer prices in the southern region averaged 338.1p/kg deadweight, compared with an average price of 371.9p/kg in Scotland.

The market for young bulls is also more volatile, with prices falling by more than 4p/kg on the previous week, while prices for older bulls have remained around the 320p/kg mark since the middle of October.

In the live auction ring, prices saw their traditional pre-Christmas spike, which ties in with the fatstock shows.

The all-cattle average price for prime and old prime cattle was hovering around the 210p/kg mark at the start of this week, easing back to 203.6p/kg on 8 December, based on a throughput of 976 animals.