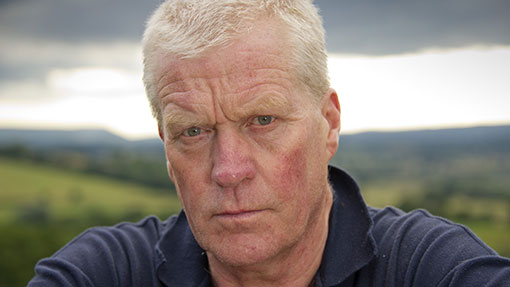 Farmers For Action (FFA) has warned it is ready to launch a major campaign against falling beef prices.

FFA chairman David Handley said the organisation had decided it could no longer sit back and watch as beef prices tumbled.

A protest aimed at a meat processer was therefore likely within the week, he said.

“For several weeks now we have monitored both labelling of meat products and also carried out surveillance at a number of meat processing plants.

“The information gathered has led the FFA’s committee to come to the decision – action has to be taken immediately,” he said.

Mr Handley told Farmers Weekly one processing plant was believed to be taking in three lorries a day of imported meat.

“We’ve got to tackle this head on. I don’t want to see the beef sector in the same position the milk sector was in. We are looking at taking action against a meat processer in the next week because something has to be done.”

Plummeting farmgate prices for beef were a major talking point at one of sector’s biggest shows.

National Beef Association (NBA) directors took aim at supermarkets and processors during a round-table meeting at Beef Expo 2014 at Hexham mart, Northumberland on Thursday (22 May).

“We’ve got to tackle this head on. I don’t want to see the beef sector in the same position the milk sector was in. We are looking at taking action against a meat processer in the next week because something has to be done.”
David Handley, Farmers For Action

They complained deadweight cattle prices had dropped more than 50p/kg in the past twelve months while the farmers’ share of on-shelf prices had shrunk to almost the lowest level ever.

The supermarket and processor share of the retail price grew to 338p/kg in the first fourth months of this year, well up on the 2007-2013 average of 276p/kg.

“You are going to lose cattle numbers which is terrible, but you can always bring cattle back,” he said.

“You are also going to lose the farmers and it is far harder to bring those farmers back.”

Mr Mallon said the sector should be in great shape because surveys showed 80% of consumers in this country wanted to choose British beef, but labelling and mixing on supermarket shelves made it hard to differentiate between British and Irish meat.

West Country suckler producer and finisher John Hoskin, who won the 2010 Farmers Weekly Awards Farmer of the Year title, said he was realistic that market conditions had changed.

“The strong pound against the euro this year has hurt our exports, the mild weather through last winter hit demand and the Irish imports have risen but we can’t stop that as we’re in the EU,” he said.

“There is still that extra 50p floating around in the processing and supermarket side, and there is enough money in the industry so we can all have a margin to reinvest.”

Cornish suckler producer Bill Harper said a perfect storm of market forces had let the processors take control of the price but this could change if supplies tightened.

“There’s not a lot of competition out there,” he said. “That could change quickly because I don’t think there are a lot of cattle out there.

“But we want to see an industry where we don’t rely on there being a scarcity of cattle to get a decent price.”