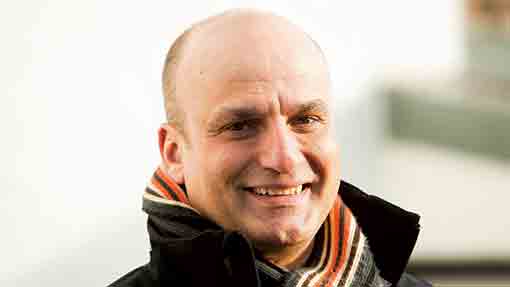 Arla’s response to the milk price crash was to launch a huge marketing campaign last week. The co-op’s head of milk and member services Ash Amirahmadi tells Charlie Taverner what is being done to help its 3,000 British farmers.

Q Tells us about the “Support Our Farmers” campaign launched last week. How long will it last and how much have you spent?

A This is absolutely the start of long-term campaign, at least two to three years. The first objective is to make people realise when they are buying these brands that they are owned by farmers and 100% of the profit goes back to the farmers.

The objective last week was to get mass consumer coverage. In a press campaign over the space of five days we were in every major national publication twice. We spent a six-figure sum.

The second part of the campaign is, what consumers are saying is your farmers are under pressure and yes we do want to help, but we want a more positive call to action.

Q Have you had any signs of success?

A It is too early to say whether consumers have changed their behaviour or not.

We have had an upturn in sales but I don’t know if we can say it is to do with this campaign. The first major sign of success is that UK retailers are supporting what we are doing. They are not seeing it as a threat but as a positive. They are getting behind us by giving us more fixture space in the store for our products.

The overwhelming feedback from our farmer representatives is one of verbal support and physical support in terms of wanting to get behind the campaign and distribute more leaflets. We are just starting the second print run of our leaflets as we are going to run out of the first batch.

Q How do those brands such as Cravendale and Lurpak help your farmers?

A The question farmers ask of the management team is what we can do to minimise the impact of this volatility on the milk price. There are two key things that farming businesses can do; one is to own brands.

“Not even the chief executive officer can say what the milk price is going to be for December. All we can say is you should expect more downward pressure.”
Ash Amirahmadi, Arla head of milk and member services

Having these power brands, we do make significantly more money on them. But it also enables you to have a much strong negotiating position on own-label. If you are dealing with Arla, you are not dealing with a one-dimensional business.

Q With the supermarkets using milk as a battleground in their price war, what extra pressure is Arla under?

A I don’t think there is any more downward pressure from retailers than a year ago when the markets were higher.

The retailers are in a price war with each other driven by the key structural developments in the marketplace: The growth of the discounters and the growth of digital.

There is no link between what the retailers are doing in their price war and what they are asking their suppliers. They are completely decoupled. It must sound a bit unbelievable but it is actually the case.

Q That might be the case, but can anyone make money when supermarkets sell four pints of milk for 89p or £1?

A Retailers are definitely not making money when they are selling at 39p/litre or 44p/litre. From our perspective we are making money, but are we making the same amount selling “commoditised” white milk to the retailers as we are selling Cravendale, Anchor and Lurpak? Of course not.

Q There are rumours of another Arla price cut in December. What’s going to happen?

A Not even the chief executive officer can say what the milk price is going to be for December. All we can say is you should expect more downward pressure. 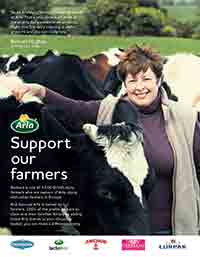 The Arla milk price is a milk price for 13,500 farmers in Europe. Although the UK is about 27% of Arla’s global turnover, the UK can’t single-handedly do anything. There is no link between the farmer protests and the Arla price.

There has been a huge rearguard action to move milk up the milk ladder from lower-valued commodity products to retail branded type business. It is still better to sell a litre of milk on promotion in Cravendale than in it is for that litre of milk to go into skim milk powder.

We have also been going out to our retail customers and saying to them: “Guys we need your support through this period.” Those discussions have been successful as well.

Q What is Arla doing to help its farmers manage volatility? For example, is it working on long-term pricing models?

A Arla policy at the moment is not to look at any financial mechanisms. However, Arla never closes the door if a group of farmers democratically want to take a proposal to the board of representatives.

Danish and Swedish farmers, and to an extent German farmers, have now been through three cycles of volatility since 2007. This is only maybe the second cycle we are going though now in the UK.

One of the biggest challenges we face in the UK is getting used to the volatility and not getting carried away when we are up at 35p/litre and not panicking when we are down in the mid-20s.