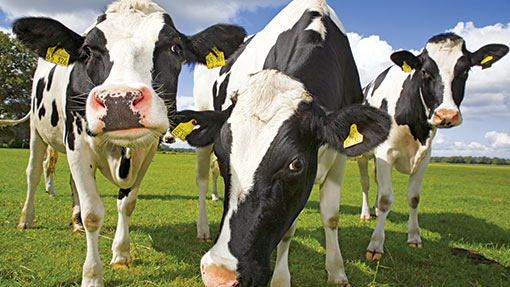 The launch of the association’s collaboration initiative on Wednesday (2 April) included calls for dairy farmers to work together to match booming global demand and soften the shocks of volatile world prices.

This could take many forms. Irish farmers were using collaborative business models to cope with fluctuating commodity prices and to match its government’s ambition to increase milk production 50% by 2020, said Tom Curran, farm structures specialist at Teagasc.

He said milk production partnerships, where related or non-related business partners shared the profits, had been popular, with 695 currently active in Ireland.

Share farming, where two businesses effectively operate on one farm and divide the costs and the output, was also helping new entrants and allowing those restricted by finance or land to expand.

“These structures represent opportunities to access land, labour, facilities and a better lifestyle,” said Mr Curran. “Building trust over time is absolutely essential for these collaborations to work. Everyone involved must benefit from the arrangement.”

The failure of their milk buyer led Michael and Chris King to set up Phoenix Milk with Chris and Lucy Simmons in February 2012.

Based in South Gloucestershire, Phoenix Milk is a limited company rather than a co-op, and now markets 21m litres of milk.

They had to find a spot buyer and transport for the 6m litres of milk produced on their farms. Learning through this led them to launch a marketing company to sell their own and other farmers’ milk.

“The idea of setting up a group was to have some aims and values,” Mr King told the conference. “The principle aim was to return a strong milk price through working together as producers. We would like to grow and strengthen our group of farmers so we can supply more than one processor at a time.

“We don’t own much, it is more about working together. Our strength was not investing in stainless steel but pooling our strength and working with the end users.”

Forming the company gave the group of producers a chance to develop contracts best suited to them and their farms.

He has been involved in farm collaboration for many years at both farm level and in bigger co-operative businesses.

Mr Christensen has been a director of Orion Farming Group, which spends about £45m/year on inputs, and a member of several dairy co-ops, with First Milk, Milk Link and, since the 2012 merger, Arla.

On his farm, he works closely with two arable neighbours; one does his fertiliser work and the other his spraying.