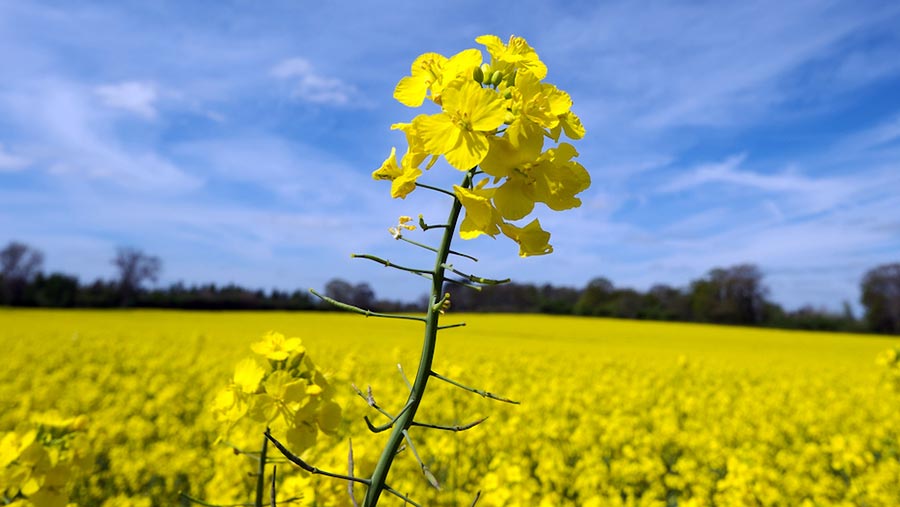 Oilseed rape prices found support in the week to 23 August, gaining £6.30/t on the previous week, to average £315.80/t ex-farm for spot delivery. This was driven by weaker currency and firmer global markets.

Around the regions, spot prices ranged from £308/t to £322/t ex-farm, with the lowest values in north-east Scotland and the Borders and the firmest trade in southern England and Yorkshire.

Sterling had plummeted to its lowest level against the euro in 12 months, which had provided support to oilseed rape prices, said traders.

Alongside this, the Association of German Farmers estimated Germany’s 2017 crop would drop by 6% year-on-year to 4.3m tonnes following rain damage to both yields and quality, so the reduced EU output could also help keep prices firm.

See also: Do you know where your land ownership documents are?

In the US, strong export sales and buoyant prices were providing support for UK oilseed rape values. Exports of US soya beans exceeded trade expectations, driven by an increased demand from China and competitive US soya bean prices, according to the latest data from the US Department of Agriculture.

Even so, the UK market was directionless, said Owen Cligg, trading manager at United Oilseeds. “Despite production issues in Canada, Australia, Germany and Poland, crush margins are poor and severely curtailing forward buying interest from the major mills.”

In addition, French markets had also hit new lows – which could have the potential to weigh on UK markets.