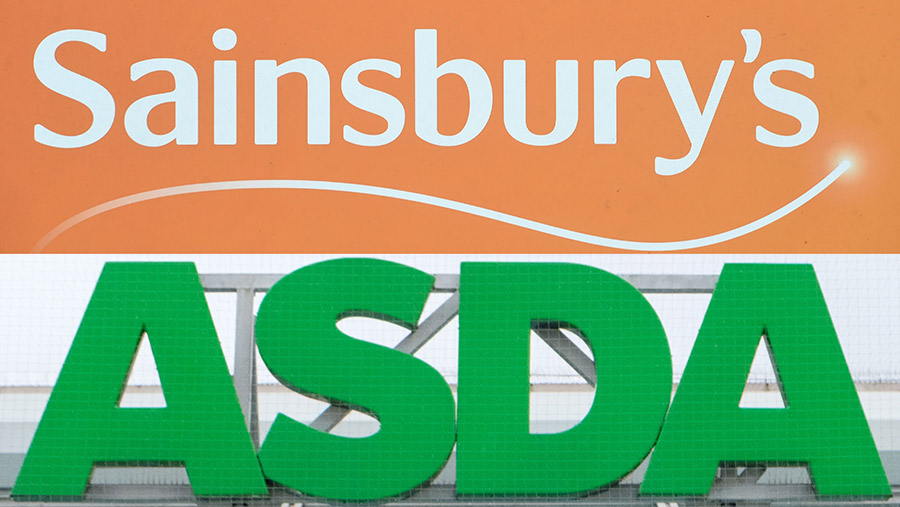 The competition watchdog’s decision to block Sainsbury’s and Asda’s proposed merger has been applauded by food, farming and small business groups.

The Competition and Markets Authority (CMA) ruled against the proposal, saying that consumer prices would rise and shoppers would have less choice.

In its report, following a year-long inquiry, the CMA added that competition, at both a national and local level, would suffer if the retailers had merged.

Had the move gone ahead, the combined might of Asda and Sainsbury’s would have created Britain’s largest supermarket chain, commanding more than a quarter of the groceries market.

The prospect of such a powerful buyer in the food sector had prompted concern among suppliers and farming bodies.

In its contribution to the inquiry, the NFU said further consolidation in the market and proposals for £1bn of price cuts by the merged retailer were worrying.

Responding to the CMA ruling, NFU director-general Terry Jones said: “Our key concern about the proposed merger has always been the potential impact it could have on our members, with the possibility for abusive market power, as well as the impact on consumer choice and the quality of products coming to the market.

“It is clear from the CMA’s findings that it recognises the impact further consolidation could have on the supply chain, and, ultimately, shoppers.”

Mr Jones added: “In light of this decision, we will be seeking a meeting with both Sainsbury’s and Asda to fully understand what this decision will mean moving forward.”

The Food and Drink Federation, which represents 7,000 food suppliers, described the CMA’s decision as “logical”.

Federation chief operating officer Tim Rycroft said he was pleased by the CMA decision, which was “the only logical outcome”.

“This proposed merger was a bad deal for consumers and for food and drink manufacturers.

“Given the evidence provided by our members of substantial competition harms, it is hard to see how the CMA could have come to any other decision,” Mr Rycroft said.

Sustain, the alliance for better food and farming, said it was the “right result”.

“For suppliers, like farmers and growers, here and overseas, this merger could have been disastrous, causing lower farmgate prices and fewer market options when they are already the most squeezed part of the supply chain.”

However, the two supermarkets were disappointed by the CMA ruling.

Asda chief executive Roger Burnley said: “We were right to explore the potential merger with Sainsbury’s, which would have delivered great benefits for customers and supported the long-term, sustainable success of our business.

“We’re disappointed with their findings but will continue to find ways to put money back into customers’ pockets and deliver great quality and service in an ever-changing and demanding market.”

Referring to the pledge to introduce sweeping price cuts, Mr Coupe said that the CMA had effectively taken £1bn out of shoppers’ pockets.

“The conclusion that we would increase prices post merger ignores the dynamic and highly competitive nature of the UK grocery market,” Mr Coupe said.