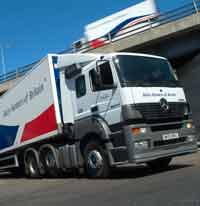 Four hundred Dairy Farmers of Britain producers, who took up the receiver’s rolling contract, could be forced to quit farming after a headline milk price of just 20p a litre was announced.

That figure equated to just 10ppl minimum base price for farmers on their monthly rolling contracts once costs of collection and overheads were taken into account, said receiver PricewaterhouseCoopers.

And the receiver warned that may not be enough to prevent the producers going out of business.

Next month’s minimum base price will be set no later than 10 July 2009, but its level will depend on both prevailing market conditions and collection costs and volumes, the receiver said.

“The remaining farmers in the DFB milk field are almost certainly those small farms whose milk falls below the minimum volumes many milk buyers have.

“Some are farmers in the most remote and yet most scenic and beautiful areas of the country.

“The price is likely to be met with real concern by these farmers who have no viable alternative milk buyer and have to accept our monthly contract to ensure their milk is collected,” said Mr Oldfield.

“My understanding is they may not be able to continue as dairy farmers if I am unable to get improved prices from the marketplace for their milk,” he said.

“We are strictly margin managing and will be fully transparent with the farmers on the eventual net price we achieve, any margin we achieve above the base price will be returned to farmers but this will not be known until the end of the month’s contract.

“We continue to ask milk buyers to support the remaining member farmers with a fair price for their milk,” said Mr Oldfield.

The receivers are making arrangements to pay twice a month to help farmers’ cash flow and have also arranged an urgent ‘all parties’ meeting for Wednesday 17 June 2009, to explore what can be done to help the remaining DFB farmers.

The receivers asked representatives from the farming industry and the Welsh Assembly to attend. DEFRA will co-ordinate the meeting.