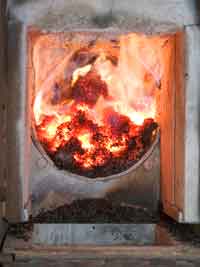 The government has today (10 March) announced details of its long-awaited scheme for encouraging the generation of renewable heat.

The £860m Renewable Heat Incentive is the world’s first financial incentive of its kind and will encourage installation of equipment such as biomass boilers, solar thermal panels and ground source heat pumps in domestic and commercial properties.

It will provide eligible claimants quarterly payments for the renewable heat produced – provided it is all used – for 20 years from the date they enter the scheme and will also be available to those who have installed eligible equipment since 15 July 2009.

The RHI will be introduced in two phases, with the initial tariff support targeted at the industrial, business and public sector, with tariffs for domestic properties introduced alongside the “Green Deal” in October 2012 (see timescale below).

He wanted it to “kick start” the uptake of renewable heat technology in the UK, but warned that if uptake exceeded expectations and tariff levels were deemed to be too attractive, there would be an automatic degression of tariff levels in the future. Details of this “deployment-based degression” will be published later this year.

“At the moment we’ve got a target rate of return of 12%, based on the current cost of this technology. This is already pretty good and about three-times what you can get on government bonds. We expect as the industry grows, the cost of this equipment will come down and as it does, the tariff will appear even more attractive,” he said.

Details of the exact tariff levels can be found on the Department for Energy and Climate Change website – www.decc.gov.uk/rhi – click on the “Renewable Heat Incentive” pdf link.

Mr Huhne suggested wood from coppiced areas or other sustainable sources could be a key renewable fuel source in the future, especially as just an estimated 10% of all potential woody biomass in the UK was being used at the moment.

Farmers Weekly will be exploring what the RHI could mean for rural businesses over the next few days and more details will appear in next week’s Farm Energy section of the magazine.