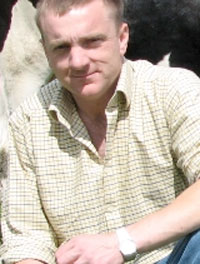 Renewable energy could propel farming from being the fuel paupers of the country, to being the sector with the greatest advantage, according to retiring NFU Scotland president Jim McLaren.

After four years at the helm, Mr McLaren used his final address to the industry to describe renewable energy opportunities and the precedents set by bygone farmers.

Referring to a time when almost every farm had a water wheel and the majority had a windmill, Mr McLaren said planners must stop referring to renewable as setting a precedent.

He added: “This is the ancient technology of our forefathers. There should be a presumption in favour of such developments.”

Mr McLaren emphasised renewable energy was the industry’s future and was pivotal in helping deliver ambitious government targets. And he insisted the fledgling biogas and anaerobic digestion industry was a vastly under-developed opportunity that should benefit from the review of Feed-In Tariffs announced by energy secretary Chris Huhne last week.

“The prospect of us returning to the concept of the energy-independent farm is a very real one,” he said. “The intermittent nature of many renewable technologies means that in future we will rely on storage techniques such as hydrogen to balance our requirements.

“There is also a real opportunity for running the next generation of tractors and cars on hydrogen made from renewable electricity through fuel-cell technology already developed in Scotland.”