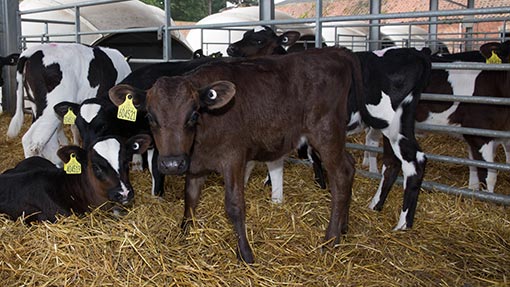 The GB dairy herd could start to grow following a rise in the number of youngstock, according to data from the British Cattle Movement Service.

“Further to this, the trend in the number of cows being slaughtered also appears to be steadying, if not decreasing,” said a report on the data by DairyCo. “Therefore, as more youngstock come through the ranks and more cattle remain in the herd, there may be a reversal of the downward trend of the GB dairy herd.”

DairyCo’s Farmer Intention Survey also showed that the proportion of farmers thinking of leaving the industry in the next two years had reached a record low of 4%. Farmers anticipated increasing production by 5% between 2014 and 2016.