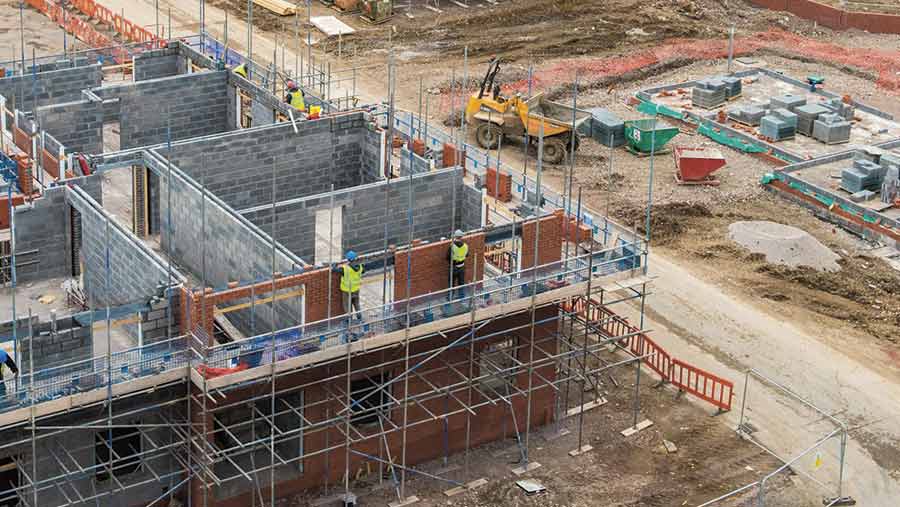 A government committee is reviewing how local and national governments extract some of the uplift in the value of land after homes or nearby infrastructure improvements are given planning permission. Edward Briggs argues that along with the extension of compulsory purchase powers, landowners’ rights will be further eroded by moves to tax development land.

The Communities and Local Government (CLG) Committee inquiry looks at current methods of so-called Land Value Capture (LVC), such as the Community Infrastructure Levy (CIL), whether these are adequate and whether new methods could be employed.

This may see landowners rights eroded further in favour of compulsory purchase (CP) powers, which affect not only land allocated for infrastructure projects, as with HS2, but adjoining land too.

If additional legislation is introduced it could have a wide-ranging impact on farmers and landowners affected by the many large infrastructure schemes planned.

See also: Planned housebuilding boom – what does it mean for farmers?

Edward Briggs is a partner in Bidwells’ rural division

The inquiry comes as a consequence of a perception that insufficient return is being achieved by those delivering major projects, with those controlling land receiving too great a benefit.

However, much public benefit is already gained through capture of land value in the form of affordable housing, CIL receipts and Section 106 obligations. Most landowners accept this as a fair way to mitigate the impact development – and a process that gives local authorities the necessary control to ensure any benefit is directed where it is needed most.

A wish to capture value uplift to help pay for important infrastructure and desperately needed new homes is laudable – but the risk is that schemes will be designed to create maximum uplift in value in the short term, rather than follow the optimum route from an environmental or long-term economic perspective.

It is not the first time we have seen government try this type of approach. Last year the HS2 Select Committee firmly rejected ministers’ attempts to include wider powers within the HS2 Phase 1 Act to acquire land not directly related to the route of the railway. Such land could have offered lucrative opportunities for development in the future.

We already live in a world where private companies prioritising shareholders returns benefit from CP powers. This “mission creep” has been evident in the utility sector in the years since privatisation and is now extending further.

Respond to the consultation

Responses to the inquiry must be made by 9 March 2018.

Details of how to respond to the inquiry are at www.parliament.uk/business

Yet the CP compensation framework has changed little for well over 50 years and does not allow fair play, which was the original intention when the compensation code was introduced. It’s quite the opposite, in fact – the system improves the returns for those benefiting from such powers.

With the current consultation we are seeing clear intent by the government to place more draconian powers for compulsory acquisition ahead of landowners’ rights.

Questions raised by this inquiry include how far LVC rights run following the construction of new infrastructure and how far into the distance those rights extend from the scheme itself.

Both these points are critical and are still to be addressed – affected farmers and landowners will face land loss and disruption as a result of new schemes.

A more sophisticated approach is required if those in control of land are going to work in partnership with those delivering development.

There is a marked increase in infrastructure investment as the Government looks to boost the economy in readiness for a post-Brexit world. The so-called CAMKOX Arc (the Cambridge-Milton Keynes-Oxford growth corridor) is a good example of this.

Proposals for a new Cambridge to Oxford expressway, a reopened East-West railway and a million new homes in between these by 2050 were supported by the government in the 2017 Autumn Budget.

The Community Infrastructure Levy is a planning charge, introduced by the Planning Act 2008 as a tool for local authorities in England and Wales to help fund infrastructure to support the development of an area. It is a charge levied on the floor area of new buildings.