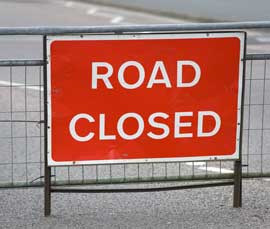 Farmers whose land holdings are divided by a dual carriageway will face detours of up to six miles if road safety campaigners are successful in closing or restricting seven junctions straddling the central reservation.

Some of the six farm businesses along the A48 near Cross Hands, Carmarthenshire, said they would be forced to give up land if the Welsh Assembly Government allowed the plan to go ahead.

The farms were fragmented nearly 30 years ago when the dual carriageway was built, but a series of junctions meant they retained good access to land on either side.

Following three fatalities, the local authority has now approved a recommendation to close most of these.

The farmers said it would be very difficult for them to run their businesses and argued that forcing them on to the road for lengthy detours on slow-moving tractors and heavy farm machinery would make the road more dangerous.

One of the farmers, Wyn Havard, said he would have to give up 30 acres of land his family had farmed for more than 40 years. This represented more than a quarter of his land holding.

“I can safely cross from my farm entrance to the other side with a tractor, front-end loader and 24-foot trailer.

“Now, I will have to pull out on to the inside lane, but it will be really difficult for me to lock-up safely on a single carriageway,” said Mr Havard, a dairy producer.

He said he crossed the road frequently to feed stock and takes three cuts of silage from the off-lying land.

Nearly all the junctions crossing the central reservation of the A48 between Pont Abraham and Cross Hands would be blocked to traffic.

Farmer Teifion Morgan, who runs a café on one side of the dual carriageway and is a beef and sheep farm on the other, said he crossed the road up to 10 times a day.

“I’m going to be spending most of my time on the road. It’s a ridiculous proposal when there has never been an accident at this particular junction,” Mr Morgan added.

The farmers said speed was the root cause of any safety issues on the road and cameras recording the average speed of vehicles would be a better solution.