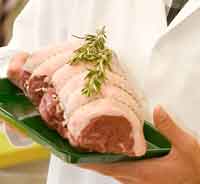 An influential committee of Welsh AMs has recommended the appointment of a food champion to promote the country’s food.

The appointee would be responsible for linking promotional activities with other key policy areas such as health education, environment and rural development.

The suggestion by the Welsh assembly’s all party rural affairs sub-committee is contained in an inquiry into the production and promotion of Welsh food.

Other recommendations include a reporting mechanism to monitor the assembly’s Food and Drink from Wales Strategy and encouraging the development of food hubs to link small-scale producers with public sector procurers.

“We urge the minister to ensure the needs of Wales are fully represented in the establishment of a British ombudsman, including the provision of a fully bilingual service for Wales,” said committee chairman Alun Davies.

The report also recommended action to raise public awareness of the benefits of buying and eating local produce, as well as the development of new organisations to develop and promote non-meat products.

Those should be modelled on what the “excellent model” of Hybu Cig Cymru (Meat Promotion Wales).

It also urged the Welsh minister to ensure the UK government fully represented needs of Welsh producers and consumers.

Mr Davies also urged the administration in Cardiff to work with the industry at the earliest available opportunity to prepare for post 2013 changes.