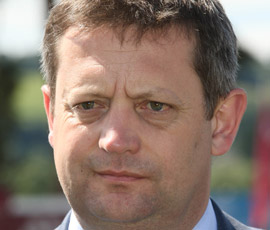 Wales is likely to have two or three payment rates when the country switches to an area-based single payment system in 2015.

Farm minister Alun Davies said he would use the Royal Welsh Show as a platform to reveal in detail options for dividing Wales’ slice of the CAP budget, but he has already hinted at his own vision.

Speaking ahead of the show opening on 21 July, the minister said his preference was for two or three payment rates.

He believed having just one payment rate would negatively affect the most productive farms in Wales, while four or five would be too expensive and difficult to administer.

“Two or three payment regimes would get us to where we want to be,” he said.

The Welsh government will unveil its consultation document on the changes during the show and the detail will then be thrashed out over the coming months.

There has been speculation that lowland farmers will be the losers as greater financial support is directed to the uplands. Mr Davies acknowledged that productivity had to be part of the formula. “Do we want to put money into fragile communities or do we want to put money into the more productive lowlands, knowing the effect it will have on the uplands? At the end of the day it will be a political decision,” he said.

Mr Davies is clear on one thing – the pot of CAP money currently in place in Wales will be significantly reduced from 2015. The annual Pillar 1 budget will be in the region of £260m. “That’s a significant cut,” he admitted. The exact size of the budget won’t be known until September.

The minister warned farm businesses that rely on production subsidies for their survival that they would face tough times ahead.

“The decline in Pillar 1 support will continue to fall in subsequent years, there will be an erosion of that support. If businesses depend on that for their existence they will be out of business in 10 years’ time,” he said.

News and livestock updates from the Royal Welsh Show