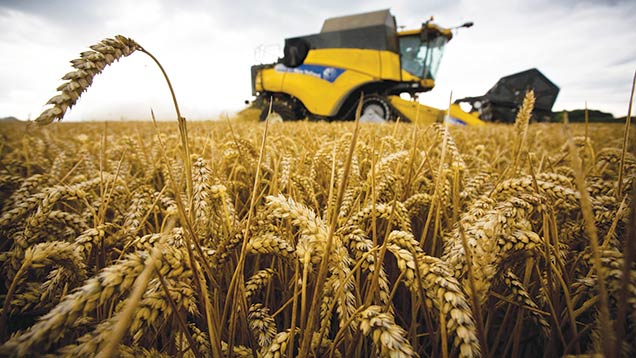 Rumour and speculative trade have pushed grain prices up again, with London’s May feed wheat futures contract gaining £4/t in one morning on Tuesday (16 December).

“Markets have to now factor in the RRP – Russian risk premium – which is a very volatile beast and driven by rumour,” said HGCA lead analyst Jack Watts.

“The interest rate move [to 17%] is evidence that the economy is in trouble and that exports are going to be really important to it.

“I still see 2015 weather to be more important than the politics as we saw in 2014 with Ukraine.

“Sceptically you could argue that Russia needs a higher price for exports to keep the economy going. Russia will likely be in recession in 2015 and needs trade with the west to get out of it. “

Investment funds pulling out of equities and moving into the grain market had provided the biggest driver for the price rise, said traders, with the strongest grain market speculation around the future of Russia’s grain export trade.

“The market is on a roller-coaster and it’s not stopping any time soon,” said GrainCo managing director Gary Bright.

The market was being distorted by the fund interest, he said, and there was still a big crop to get rid of. “The last £5/t [rise] was a bit of a surprise, but I wouldn’t be surprised if there was another £5/t in it.”

Buyers have been chasing supply to meet commitments made earlier in the season but there has been little new domestic consumer interest, with compounders buying only when they need physical supply.

The pace of wheat exports has at last picked up, with the UK becoming a net exporter of wheat in October, for the first time since May 2012, according to HMRC. However, low protein in the UK’s 2014 crop will mean wheat imports will continue to be needed.

In fierce competition with wheat, maize imports are at a high level. Demand for wheat for bioethanol has been good, but a steep drop in ethanol prices, combined with the rise in wheat prices, is leading traders to question how long and strong that demand can remain.