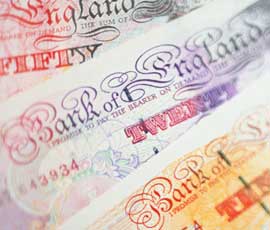 Rural areas could be worth an extra £347bn a year to the economy if more policies supported rural economic development.

A DEFRA report found the 513,000 rural businesses in England contribute £211bn to the economy, but have “untapped potential”.

About 28% of England’s businesses are rural, but they only contribute 19% of total economic output.

Growth in the rural economy may also be stalling, the report said.

Since 2010, the number of businesses in rural areas has increased by 1.3%, compared with a 4.3% increase in urban areas.

In addition, there has actually been a 0.5% decrease in those areas classed as “sparse rural town and fringe”.

The report suggested a number of barriers that must be overcome to increase rural businesses’ share of the national economy.

“For lasting growth to be achieved in the rural economy, barriers such as lack of finance, poor mobile and broadband communication, and difficulty accessing labour, customer and supplier markets need to be addressed,” said the Rural Communities report.

“Many of these barriers are generic issues facing businesses across the country, but they can become accentuated in rural areas.”

Dr Adam Marshall, chief economist at the British Chambers of Commerce, suggested there were five main barriers to growth for businesses in rural areas:

The government outlined a number of measures to improve these issues, including broadband funding and relief from business rates.