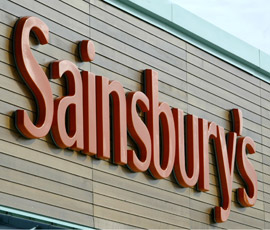 All fresh pork in Sainsbury’s stores will be British from tomorrow, the supermarket has said.

The retailer will be sourcing 70% more pigs from Britain to guarantee all its fresh pork comes from British farms.

Zoe Davies from the National Pig Association welcomed the announcement but called on Sainsbury’s to extend its commitment to bacon, and other large volume lines.

“The National Pig Association is of course pleased by this important move, which strengthens Sainsbury’s commitment to buying British and shortening supply chains while giving their pork suppliers much needed confidence to invest in their businesses and secure future supply.

“Now all their fresh pork, ham and sausages are British, we look forward to working with Sainsbury’s to focus on large volume lines such as bacon.”

The NFU also encouraged Sainsbury’s to extend the 100% British commitment to other lines.

“This latest step to source 100% British pork across its fresh lines comes at a critical time.”
Deborah Cawood, NFU head of food chain

“The move to strengthen partnerships with UK pig farmers is also a step in the right direction in securing longer term sustainability of UK produced food. We hope that Sainsbury’s development in the poultry sector to roll out their UK commitment to processed foods including ready meals, pies and other products is matched across food ranges.”

Sainsbury’s confirmed its commitment to British sourcing as part of its promise to double to amount of British food it sells by 2020.