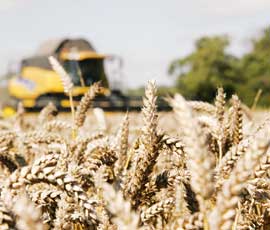 Scottish cereal production is expected to drop by 12% to 2.5m tonnes this year as a result of the bad weather, while DEFRA has issued a provisional UK wheat crop figure of 13.3m tonnes, reflecting a 14% fall in yields.

In response to the first estimate of the cereal and oilseed rape harvests, Scotland’s rural affairs secretary Richard Lochhead said the department was working to mitigate the effect and ease farmers’ cash flow difficulties by working to ensure as many single farm payments as possible could be paid in December. Final harvest estimates for Scotland will be published in December 2012.