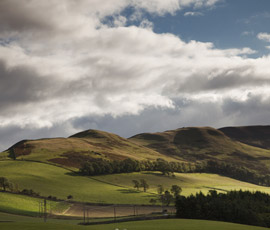 Tenant farmers in Scotland could have the chance to use the Absolute Right to Buy, farm minister Richard Lochhead confirmed.

Speaking at the Royal Highland Show in Edinburgh today (Thursday 20 June), Mr Lochhead said a government review group would be set up later this summer to look into the Agricultural Holdings (Scotland) Act, and the Absolute Right to Buy (ARTB) would be considered as part of the review.

There would be time in the Scottish government’s programme to make any necessary changes to legislation, he added.

Landowners’ body, Scottish Land & Estates slammed the move and said it would be a “real setback for tenant farming in Scotland”.

“By allowing ARTB to be brought back to the table when it has been rejected by the farming unions and landowners alike flies in the face of listening to the farming industry,” said chairman Luke Borwick.

“ARTB has been comprehensively rejected for good reasons – it does nothing to encourage the letting of land. It does nothing to assist new entrants gain their first foot on the farming ladder and it is a fundamental attack on property rights which apply to every property owner in Scotland.”

The farming industry had spent years trying to rebuild confidence to let land following previous attempts to put ARTB on the agenda, he said.

“Confidence to let land is everything and today’s announcement serves only to shatter that confidence.”

Land reform is a hot topic for the Scottish government, with the Land Reform Review Group tasked with shaping future land use policy.

At the end of last month, Mr Lochhead confirmed the government was planning a top-to-bottom review of farm tenancy legislation.

Speaking at a NFU Scotland seminar in Edinburgh, he said he was looking for “far-sighted recommendations” from the industry to encourage landowners to offer more farms to let and create opportunities for new entrants.