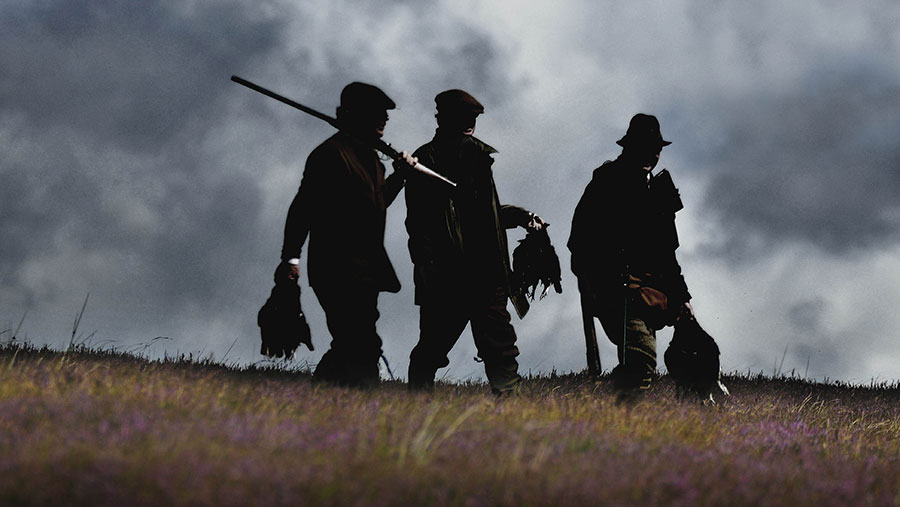 The reintroduction of a tax on Scottish farms and estates with shoots and deer forests is just weeks away, but farmers are already eyeing the appeals process.

Business rates on shoots were abolished in 1995 but will be brought back on 1 April.

It is one of the first major milestones in the implementation of the Scottish Land Reform Act which got its royal assent last year.

Opinion is split over whether the tax will only hit the largest commercial shooting estates, or whether some smaller agricultural businesses will be caught in the crossfire.

The Scottish government told Farmers Weekly that the scheme could raise as much as £4m, but many properties would be eligible for 100% relief under the small business bonus scheme (SBBS).

Forms asking landowners to provide detailed information on their land use and its “sporting potential” caused consternation among the farming community when they hit doormats last year.

The forms asked for details of who owned and exercised the shooting rights, details of leases, the type of land involved, and of species shot in recent years.

“We had a huge volume of calls when the forms were received, due to the complexity and sheer volume of information requested,” said Gemma Cooper, legal and technical policy manager at NFU Scotland.

“Many of our farmers felt that the information being requested was unreasonable and an invasion of their privacy. There was also concern over the valuation methodology.”

Despite the confusion, the majority of farmers are understood to have responded and sent paperwork to the Scottish Assessors Association (SSA).

Assessors are now determining a rateable value to each farm and estate in Scotland.

The methodology for assigning a value is unknown and it remains unclear how businesses that didn’t return paperwork will be dealt with.

Katy Dickson, policy officer at Scottish Land & Estates, said her organisation, like NFUS, is opposed to the reintroduction of the rates, but is working with the SAA to understand the methodology being used.

“Assessors are working hard to get all the information in to understand what the market is doing and then apply a methodology.

“Rates will be published which can be negotiated and ultimately appealed.

“There’s so little comparable evidence available that it’s difficult for the assessors to understand how sporting it let on an annual basis.”

Everyone is going to appeal this Tom Stewart-Moore, Knight Frank

He pointed out a 500-acre farm may have an existing shoot over 200 acres, but that the rest of the farm could be planted with a game cover crop, thus creating sporting potential.

“That’s been the big question mark – where do you draw the line? No-one seems to know the answer to that,” Mr Stewart-Moore said.

He added it was likely businesses in the Scottish Highlands would be the first to learn their rateable value, and that would be the yardstick for appeals.

“Those based in central Scotland and the borders will look very closely at what’s happening in the north for a comparable. Everyone is going to appeal this.”

Some agents predict a negligible impact, but recommend all businesses should check their rateable value regardless.

Alex Jameson, partner at Strutt & Parker, said the SBBS threshold had recently been raised to £15,000/year from £10,000/year, allowing those falling below it to claim 100% relief.

Those with a number of diversified farm businesses may still exceed the threshold, but the majority will not, he said.

“For most farmers in Scotland, sporting rates will not be an issue at the moment.

“But even if you don’t get charged this year you should still look at the rateable value and see if you think that it’s reasonable. If it isn’t, then you should appeal.”

CKD Galbraith partner Calum Innes agreed that most farmers would be exempt.

“We haven’t seen the valuations yet but there are not many sporting leases that command a huge rent so it’s unlikely that there will be many significant valuations made,” he said.

Further concerns have been raised over whether the vast information-gathering exercise required to reintroduce the scheme will have sharpened the focus of the government on rural land use, leading to further rates in the future.

Brodies’ partner Clive Philips said: “Obviously there is a lot of concern it will focus the assessor on land use in the rural sector which may bring into focus those uses that aren’t currently caught by rates.

“There are a lot of borderline commercial activities in the rural sector that could have an adverse rating against them.”