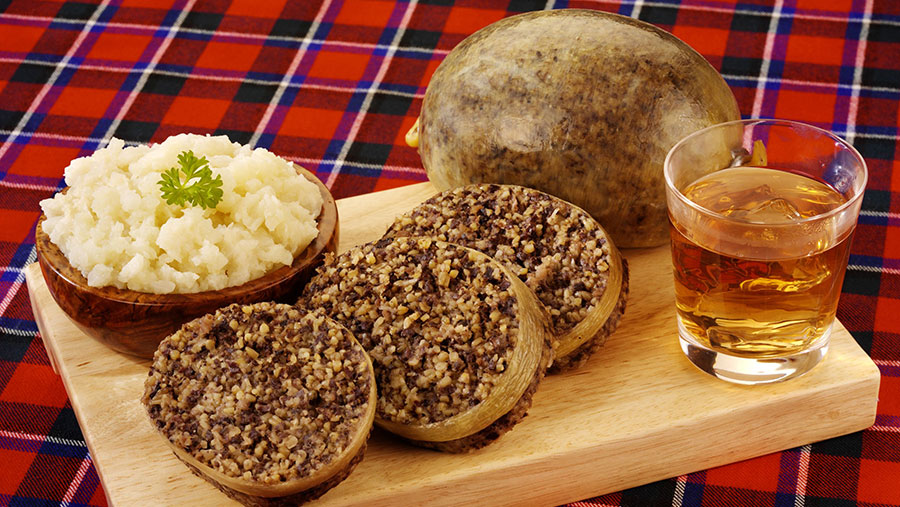 The value of Scottish food and drink exports rose by over half a billion pounds in 2017 to more than £6bn, with malting barley growers for famous Scotch whisky helping drive the increases as well as livestock producers.

Whisky exports dominate the food and drink sector north of the border, making up nearly 75p of every £1 overseas buyers spend on Scottish food and drink, and the sector added £356m compared with 2016, bringing the total value to £4.3bn.

Food exports also performed strongly, adding £215m to a record £1.6bn in 2017 with animal feed, dairy and egg products among the biggest increases.

Much of the total was driven by sales of fish and seafood at £944m, up 23% from last year but animal feed also showed a marked rise at almost 20% on the previous 12 months.

During 2017 animal feed exports were worth £174m to the Scottish economy with dairy and egg product sales the other main risers for farming products, with a collective 12% increase to a total of £49m in 2017.

But the statistics reveal a huge dependency on the EU market, sparking a warning from the Scottish government over Britain’s Brexit plans.

Scotland’s rural economy minister Fergus Ewing said: “The statistics highlight the importance of the EU single market to our food and drink success, with the EU buying more than 40% of our produce.

“The continuing uncertainty surrounding the UK government’s Brexit plans, and the prospect of losing tariff-free access to that market could be potentially devastating for our food and drink industry.”

He also raised concern over the potential loss of protected food name (PFN) status which is governed by EU laws.

A number of Scottish products have PFN status, which provides legal protection against imitation across the EU.

It is estimated that, on average, PFN status increases a product’s value by 2.23 times and the loss of this extra premium is compounded by the risk of losing market share to cheaper imitations.

James Withers, chief executive of Scotland Food & Drink added: “Sales of Scottish food have now risen more 130% in a decade, but we have greater potential still.

“Our industry has an ambition to double the value of its sales overseas and in our home market to £30bn by 2030.”

“But Europe remains the top destination for many of our products, emphasising the need for a Brexit process which protects this vital trade.”