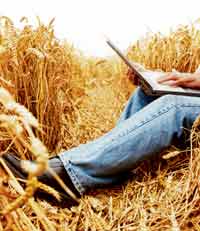 Plans to introduce to super-fast internet to rural areas have been dashed after a tax designed to fund the roll out of broadband was scrapped.

The tax, announced by by Chancellor Alistair Darling just last month, was a key part of Labour’s strategy to ensure all parts of the country had access to high-speed internet.

It would have seen all households with a landline telephone taxed 50p each month, raising about £170m a year to help rural areas currently missing out on a fast network.

The levy was among three taxes which were scrapped on Wednesday (7 April) following negotiations to fast-track the Finance Act through Parliament ahead of the election. The 10% tax increase on cider and tax relief on holiday homes were also dropped.

The broadband tax would have helped roll-out broadband to the final third of the country where it would not be viable for commercial companies to offer high-speed internet services.

But the Conservatives had argued the market should be given more time to roll out broadband to rural areas before government intervention.

The party said it would scrap the tax if it had become law and they won the election.

Instead if funding was needed it planned to use some of the TV licence fee set aside for the digital switch-over, which would not be available until 2012.

MPs on the Business Innovation and Skills committee had said the tax was unfair as most of the people who paid for it would not benefit from it.

But the levy plans are likely to be reinstated if Labour wins the General Election on 6 May.

• To see what the three main political parties have planned for farming click here or join the debate in the special election section of our forum.