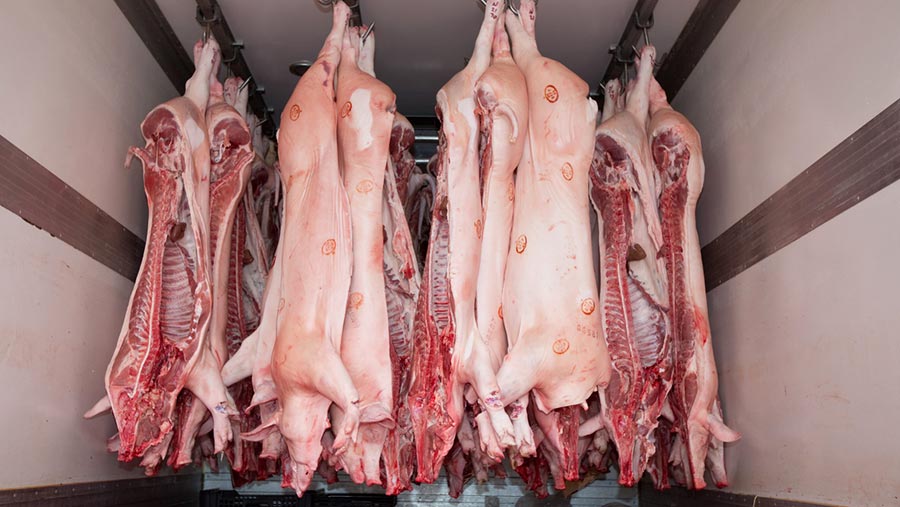 See also: China – what are the dairy opportunities for UK producers

In a UK first, three of the new businesses given the green light to start trading will be exporting pigs’ trotters.

The deal means Northern Ireland will for the first time be able to take advantage of the growing demand for British food and drink in China.

The Department for Agriculture, Environment and Rural Affairs (Daera) said shipments would not start for another two to four weeks while the correct administration was put in place.

However, suppliers could start to pack product with a view to exporting it.

Robert Huey, Daera chief veterinary officer, said: “The commencement of pork exports to China, including exports of trotters, will represent a major boost for the local pork industry.

“It will expand markets and secure jobs.”

The Ulster Farmers Union described it as a big win for the industry, as it would add value to carcasses.

“Farmers will now look forward to seeing this added value distributed fairly along the supply chain.”

The deal follows a series of inspections by representatives of China’s Certification and Accreditation Administration (CNCA) team, plus separate checks by the General Administration of Quality Supervision, Inspection and Quarantine of the People’s Republic of China (AQSIQ).

The agreement with China comes hot on the heels of a deal to allow exports of British beef to the Philippines – expected to be worth more than £30m over five years.

The UK had previously only had approval from the Filipino authorities to export pork, lamb and poultry.

The new deal follows a successful inspection of UK control measures in November 2016.

However, he added: “While access to the Philippines has been agreed, it will still take time to develop this new market for British beef.

“We will therefore be looking for continued help from both the government and the Agricultural and Horticultural Development Board to help exporters reach the predicted sales value of £34m.”