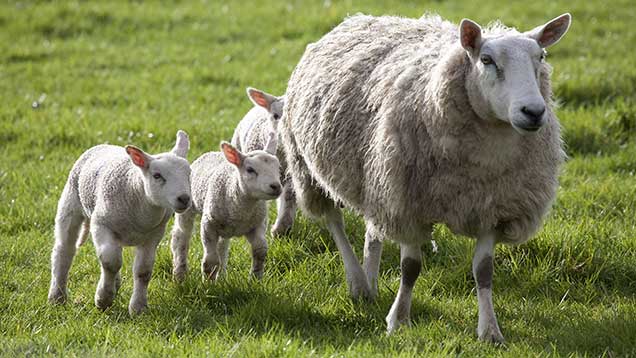 Lamb and ewe losses have been broadly normal despite this spring’s colder weather, new figures show.

Data from the National Fallen Stock Company (NFSCo) suggests lamb losses in England fell 11.4% on the year and were down 29% on 2013.

This year there was a rise in “unassigned” losses, collections made on weight, though this total was still one-third lower than during 2013’s long cold snap.

Scotland’s lamb and ewe losses were up this year, though this was offset by a big fall in unassigned collections.

Northern Ireland faced the toughest season compared with 2014 – lamb losses were up 14% and unassigned collections were 40.6% higher.

He said this kind of data collection, which offered an indication of year-to-year trends, was part of it.

“We are going to get another 2013 at some stage in the future, and farming leaders may want to approach governments for help again,” Mr Seals said.

Mr Seals added that disposing of fallen stock had become more expensive this year because of a fall in the value of tallow.

Confirmation of good lambing conditions underlines the pressure prime lamb values will be under for the rest of 2014.

And AHDB Beef and Lamb has forecast British sheepmeat production will rise 6% this year.