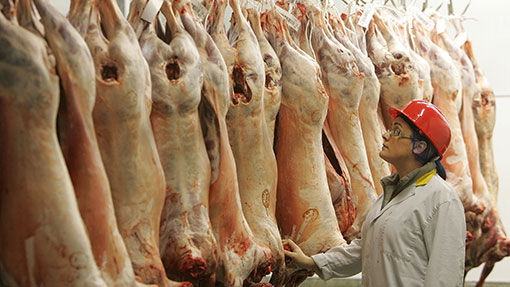 UK sheepmeat supplies will remain tight in the year ahead and EU production will fall even further, EBLEX has forecast.

Total production in the UK will drop from 290,000t in 2013 to 287,000t, with a slight reduction in both adult kill and lamb kill, senior analyst Paul Heyhoe told the AHDB Outlook conference in London.

Tighter European supply was a good sign for UK producers but the main challenge was profitability, Mr Heyhoe said.

He said average farm business incomes from agriculture on sheep farms saw a £7,000 loss in lowland areas and £9,000 in less favoured areas in 2012-13.

“Profitability is out there if you are keeping your production costs down,” he said.

“There is not an expectation that we will return to the record price of 2011. I don’t think we can rely on the market to make sure that producers earn effectively.

“Profitability is out there if you are keeping your production costs down.”
Paul Heyhoe, EBLEX senior analyst

“The low cost producers will still be there when we have tough years.”

The EU sheep flock has lost 7.5m ewes since the decoupling of support payments from production and the European Commission has forecast production to continue to shrink over the next decade.

New Zealand’s supply to the global market is also at a historical low and is forecast to drop again in 2014.