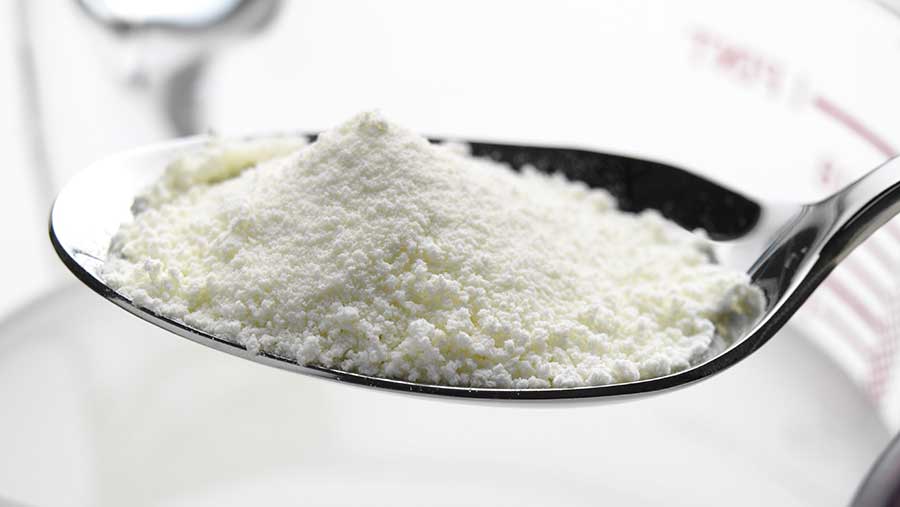 Sales of Skimmed Milk Powder (SMP) from intervention stocks hit a record high volume at the latest tender on 20 April.

In total, tenders were received for 91,855 tonnes which exceeded available stocks, despite heavy stocks overhanging the market

Regulations governing intervention sales require buyers to indicate the location of the stocks which they are tendering for.

In both the Netherlands and Poland, total volumes tendered for exceeded quantities available from stores in those locations, which meant some could not be fulfilled.

AHDB senior analyst Luke Crossman explained that the rise in demand was due to buyer concern over milk production levels.“We haven’t got the levels of milk that we expected at this stage.

“Buyers are now concerned that the continuing cold spring weather and poor grass growth in key dairy producing areas will hit future supply. That concern is pushing up the demand for intervention stocks.

The AHDB said the commission had responded to the increased demand by releasing additional stocks for sale in the next tender.

All the SMP which entered intervention before 1 May 2016 is now available, bringing the total volumes for the 15 May tender to 115,112t.

Mr Crossman welcomed the commission’s move to put more stocks out for tender as reducing the supply source would eventually help to firm milk prices.

However, he said that effect remained a long way off and would need two or three more tender rounds of a similar level before it started to come into play.

“In the meantime it is helpful that the commission is releasing stocks gradually on to market so it is not disrupted by a sudden influx of stock,” he added.