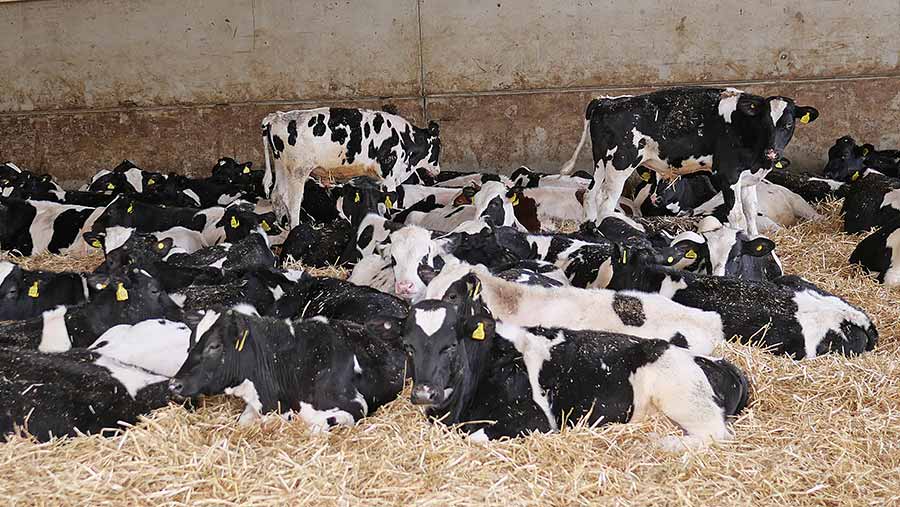 Veal has long struggled to shake off its past reputation involving wooden crates and long journeys across the continent which earned the British public’s disapproval and effectively killed the trade in the 1970s, 1980s and 1990s.

One of the key consequences of UK veal’s very public demise was that there was almost no market for dairy bull calves. Calf exports to the continent also dropped, from 500,000 before BSE to just 2,000 in 2014.

Disposal of male dairy calves drew strong criticism from consumers. A recent campaign by the vegan activist group Viva lambasted the dairy sector for shooting 95,000 male calves on farm in 2015.

However, high-profile endorsements from celebrity chefs such as Jamie Oliver and Hugh Fearnley-Whittingstall, as well as organisations including the RSPCA, have helped to put the meat back on the menu, helping its production grow once again over the past decade.

That resurgence has seen a 175% increase in the number of British calves slaughtered for veal in 2018 compared with 2008, according to Defra data.

Rose veal: Calves are raised on grain, hay and other solid food in addition to milk. Meat is a dark red colour and may have some marbling or fat present. Makes up the majority of UK production.

Milk fed or white veal: Calves are raised on a milk formula diet. This leaves the meat  with an ivory or creamy pink colour and a velvety texture. This accounts for only about 5% of UK production but the majority of US production.

What is the market outlook?

Although the UK veal sector remains small compared with the continent, where about six million calves are slaughtered for that market each year, production is undeniably growing.

Large companies are seeing market opportunities for veal, with the likes of meat processor Buitelaar and retailers Morrisons, Waitrose and the Co-op all running their own veal schemes.

There are also opportunities for small-scale artisan veal producers at farmers’ markets and other direct sales routes including online retailing and for the food service sector.

Although the number of calves euthanised on farms is dropping there are still tens of thousands of animals that could be reared for veal, presenting a potentially lucrative opportunity for producers looking to diversify.

What permissions are required?

What are the essential requirements?

Margins in veal are relatively small but can be healthy if producers get their systems right. This means that existing livestock sheds with spare capacity are important to avoid large start-up costs.

Equally, having staff with a knowledge of animal husbandry and enough time to devote to the operation is also essential to avoid the cost of bringing in specialist staff. 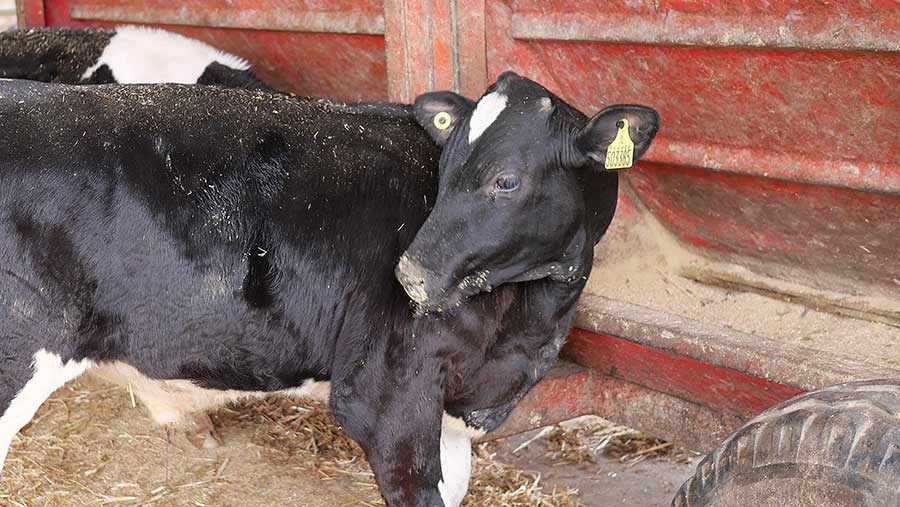 The operation can be extremely low maintenance, with some systems requiring as little as one working hour for every 10 calves/week.

Costs depend on existing labour and building availability. Current high feed prices make this the largest spend for the enterprise.

However, arable or mixed farmers can make savings by producing feed in-house.

How long until I see a return?

Rose veal calf finishers will not make a return until the first batch of calves has been sent to slaughter, which could be between six and 10 months.

Producers can stagger calf intakes to spread income across the year and reduce the risks of volatile meat prices.

Those interested in veal should be aware of its past issues and realise that this may still attract negativity from activists or the public, so they need to be willing to answer questions.

The market is also relatively small at the moment so be aware of local competition and ensure there is demand for an additional veal producer in your area.

Charlie Beslee is an expert risk spreader with several different operations on his Kent farm including arable, sheep, a beef suckler herd and, most recently, rose veal.

He finishes black and white dairy bull calves from four months old on a Buitelaar contract and says the arrangement allows him to fix all of his costs. 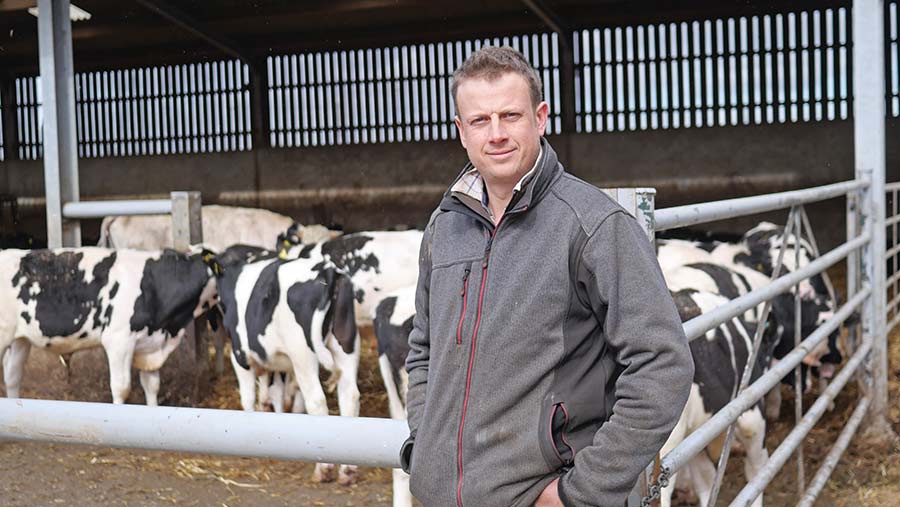 “You have a margin to work towards. It’s quite a secure return,” he says.

“Before I got going I sat down and worked out all of the costings – it would not have made financial sense without our existing sheds and straw production.

The producer slaughters about 40% of his calves within six months and a further 40% after seven months of fattening, with the final 20% following in month eight.

He aims for a daily liveweight gain of 1.2-1.3kg but has increased this to 1.5-1.6kg/day by making his own feed with produce from his arable operation.

With the money saved on feed, Mr Beslee can make an average net margin of £60/calf, after repaying Buitelaar £300 a head for each reared calf supplied, which is deducted from the final value at the abattoir.

“It’s our duty to give every animal its best life. We are creating a demand for a product that previously had no value,” he says.

“Everything comes down to cash flow – I want money coming in throughout the year,” he says.

Feed costs about £370 a head for an animal that takes six months to reach its required weight, but calves can take eight months to get to the 480kg finished liveweight required by Buitelaar.

Buitelaar provides its finishers with four-month-old calves at a cost of £300 a head. This cost is subtracted from the final deadweight price.

A desire to add value to agricultural products that previously had none brought Charlie Cole first into kid goat meat and then into free-range rose veal.

Rearing about 24 Holstein bull calves a year, Mr Cole, who farms in the north of Northern Ireland, targets the artisan end of the market and has his own butchery on site.

“We take calves at two weeks of age and rear them on milk until six weeks and slaughter at around eight months,” he says.

Mr Cole sells predominantly at farmers’ markets but also has an online presence and deals in the wholesale market.

Calves are bought for £50-80 a head and sold for at least £1,000 a head, depending on which part of the market the meat goes to, incurring an average of £500 a head of total costs including butchery and processing over their seven and a half months on his farm.

Mr Cole has experienced success in niche markets including burgers and more recently charcuterie, where mark-ups are greatest.

However, he says the market for mince – essential for balancing the carcass and maximising returns – is very difficult at the moment and limits overall profits.

Although the artisan route offers greater returns, the costs are higher too.

“We put our own butchery in by converting an existing building. It cost around £50,000 but half of this was funded using an EU pillar 2 grant.

“As we are two and a half hours from our nearest abattoir, we also had to invest substantially in a refrigerated van. These things aren’t cheap but are essential,” he added.

Mr Cole says that despite the market being a difficult one, with public perceptions of veal often still stuck in the 1970s, people’s attitudes are changing.

“With the likes of the RSPCA now saying veal is an ethical option consumers are increasingly seeing this market as a popular choice,” he says.