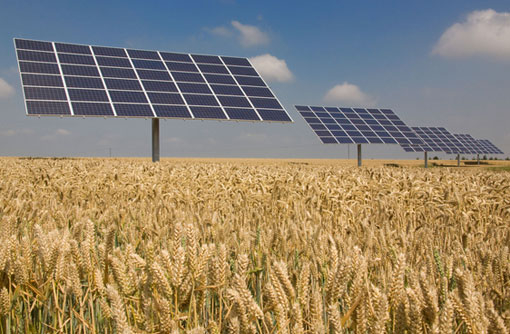 Farmers still have a good opportunity to invest in solar PV despite a range of changes to the Feed-in Tariff support for new installations due to come in this summer.

The changes announced last week, in response to a consultation in February, include reduced rates for all solar tariff bands (see table 1) and a new system of regular tariff cuts from the autumn, designed to improve transparency and give investors more stability.

The cuts are towards the higher end of what was originally proposed for most tariff bands and will also come in a month later than planned. The Department of Energy & Climate Change had originally proposed to introduce the lower rates from 1 July, but pushed the date back to 1 August following opposition from the solar industry (Farm Energy, 25 May) and concerns over low uptake this spring.

“The sector has been through a difficult time, adjusting to the reality of sharply falling costs, but the reforms we are introducing provide a strong, sustainable foundation for growth for the solar sector,” energy minister Greg Barker said.

Rates for the smallest domestic systems (4kW) are due to be cut most, from 21p/kWh to 16p, as this is where the greatest reductions in installation cost have been achieved, according to Mr Barker.

But revised rates for more typical farm-scale systems around 50kW and above still looked relatively attractive, especially as equipment and installation costs had fallen significantly, NFU chief renewable energy adviser Jonathan Scurlock said. Farmers could now get a typical 50kW array installed for around £70,000-80,000, compared with nearer £125,000 this time last year, he noted. (An analysis of typical capital costs carried out for DECC is shown in table 2 below).

Returns were particularly attractive for those using a lot of on-site electricity, such as intensive livestock producers, he said.

In addition, the tariff for exporting electricity to the grid had been increased from 3.2p/kWh to 4.5p/kWh, which would also improve returns for those without significant on-site energy demands, he said. DECC also confirmed that tariffs would continue to be index-linked in line with the Retail Prices Index.

Benjamin Davies of Knight Frank’s renewable energy team suggested the increased export tariff could potentially see returns higher than that for some rural installations. “Farm-scale solar PV schemes (10-50kW) should still have an annual yield of 10-15% before tax. I think this is really positive for those farmers who have been holding off because of uncertainty about the future of the Feed-in Tariff.”

Mr Scurlock added: “Even if the domestic solar PV market is depressed, many farmers and other small businesses can continue to profit from index-linked investment in solar power, compared with typical commercial borrowing costs.”

But anyone planning to invest in a solar project later in the year will need to factor in a staged reduction in support. DECC is going to introduce a new system of regular tariff degression in order to reflect falling costs and keep the FiT scheme within budget.

Subject to parliamentary approval, the degression system will be used to set rates for new solar arrays installed on or after 1 November 2012. There will be a baseline reduction of 3.5% every three months, with larger cuts (up to a maximum of 28%) depending on the rate of deployment during the preceding quarter.

Tariff reviews will take place in November, February, May and August, with the amount of any cut announced two months in advance. Tariff cuts will be skipped, for up to two successive quarters, if deployment is low.

“We consider that, through these changes, the FiTs scheme will continue to support sustainable growth in solar PV, helping to ensure the schemeprovides value for money to bill payers,” said Mr Barker, who estimated the FiT scheme would add around £9 to the average consumer electric bill.

The new solar support framework was welcomed by Solar Trade Association chief executive Paul Barwell, who said it would provide more certainty for consumers and the industry.

“We remain very concerned that the market has stalled, and the recession certainly hasn’t helped. However, we can now be confident that even when tariffs are adjusted on 1 August, solar will still offer attractive returns to consumers – certainly when compared with other investments currently available.

“It is vital consumers understand tariffs can come down because the costs of solar have come down – there is a faulty perception out there that cuts mean solar doesn’t pay. In fact, solar offers similar returns today as when the FiT scheme began because the industry has been so successful at reducing technology and installation costs.”