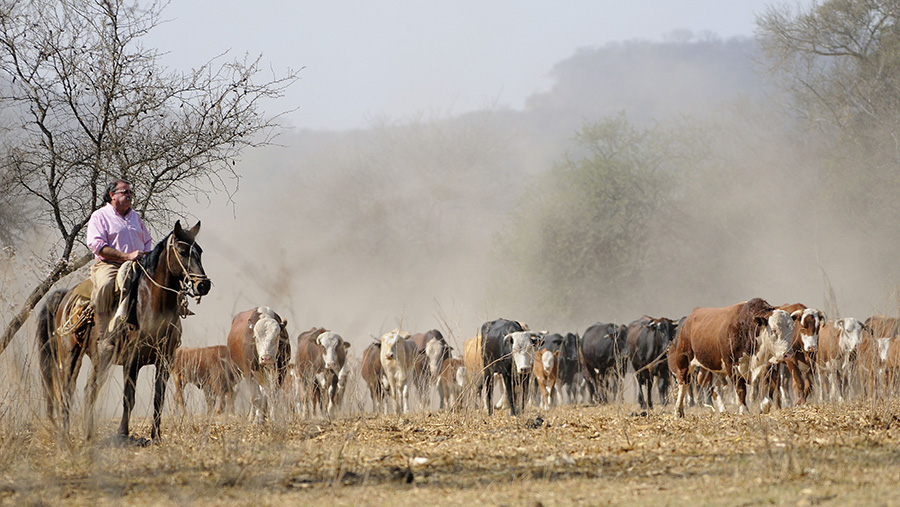 Farming unions and ministers around Europe are urgently calling on the EU to remove sensitive farm products from trade negotiations with the Latin American bloc, Mercosur.

Concern has been mounting since it recently emerged the EU commission wants to include tariff rate quotas on sensitive farm products, which would mean an increase in the volume of products such as beef and pork that Mercosur could export to the EU.

At Monday’s (11 April) farm council meeting in Brussels, a group of 20 farm ministers led by France and Ireland, called on the EU to remove sensitive products from any offer with the trade block.

The UK chose not to intervene in the discussions.

The ministers argued that Europe’s farmers are in the middle of an economic crisis and opening up sensitive sectors to highly competitive Mercosur countries – Argentina, Brazil, Paraguay, Uruguay and Venezuela – would add further pressure.

They also raised concerns that giving such concessions would have a “ripple effect” on other ongoing trade negotiations, opening up the opportunity for sensitive sectors to be included in future deals.

The EU commission is undertaking an impact assessment of a trade deal with Mercosur on agriculture, but farm commissioner, Phil Hogan, said this might not be ready until September.

Meanwhile, the commission appears determined to press ahead with an offer to Mercosur in May.

Farm ministers have demanded the commission review the impact assessment before making any offers, as it had previously assured them it would.

UK beef prices could be hit

Thomas Magnusson, the president of Cogeca, the coalition of European farming unions, is understood to have warned the Dutch, who hold the EU presidency, that including sensitive products could be “catastrophic” for EU farmers, particularly beef producers.

UK beef farmers could be some of the worst hit if the Mercosur deal includes quotas for beef, said Lucia Zitti, NFU economist.

More competitively priced beef from Mercosur countries, such as Argentina and Brazil, which are big beef producers, could push down prices in Ireland, which exports 90% of its beef.

As the UK’s biggest beef competitor on the domestic market and a major influencer of UK beef prices, this could weaken farmgate prices for British beef farmers, said Ms Zitti.

The Irish Farmers Union’s president Jer Bergin weighed in yesterday, saying that EU beef consumption had fallen by more than 500,000t since 2010 and the European market could not absorb additional volumes of imports without a significant negative impact on farming incomes.

Negotiations between the EU and Mercosur have been ongoing since 1999, with agriculture having been a key sticking point to finalising a deal.