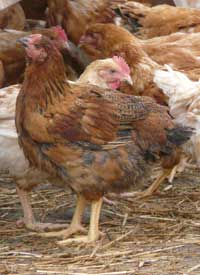 A combination of the downturn in the UK economy and a wet summer has forced a poultry processor to shed about one-sixth of its workforce at its Devon plant.

A total of 95 workers at the 2 Sisters Food Group’s Willand plant are to be made redundant, as it consolidates its Devon operation.

Richard Maunder, site director at 2 Sisters Willand said: “We are fully committed to this region and Willand continues to play a key role within 2 Sisters Food Group.”

However, due to a number of factors including poor demand in seasonal barbecue products and an increased demand for whole birds which require less labour to process, there will be a reduction in the workforce at the Willand plant.

“The decision to release the employees is not in any way a reflection on their skill or dedication, but has been undertaken to safeguard the remaining jobs and enable us to establish Willand as a centre of excellence.”

He added that, despite the decision to restructure, the Willand plant will still employ more staff after the proposed redundancies than was the case prior to the acquisition by 2 Sisters Food Group back in 2008.

In that time, the firm has invested more than £4m in the processing facility with further investment planned with the aim of Willand becoming its centre of excellence for specialist poultry in the West Country, providing core employees with improved job security.

The company is currently in consultation with the trade union to discuss employees affected by the redundancies.