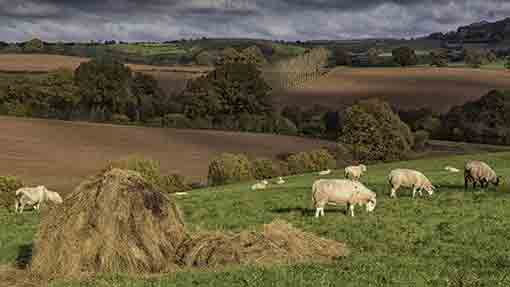 Farmers with traditional Agricultural Holdings Act (AHA) tenancies are being encouraged to challenge rent reviews which use inappropriate evidence and fail to reflect squeezed farm incomes.

Rents for AHA tenancies are based on the productive capacity of the holding and its income potential given market conditions. The terms of the tenancy, the character and situation of the holding and the current level of rents for comparable lettings are further factors.

In contrast, FBT rents are based on those achieved on the open market when farmers bid for tenancies on comparable holdings – unless the tenancy agreement states otherwise.

But some farmers with AHA tenancies were facing 10-30% rent rises in a year when commodity prices had fallen dramatically and cash flow was a major concern, said George Dunn, chief executive of the Tenant Farmers Association (TFA).

“We are seeing some unsustainable increases in farm rents being pursued on the back of budgets using out-of-date figures and very large contributions for residential components,” said Mr Dunn.

“Some tenants hate conflict and are very stressed by the whole situation. We are advising members to negotiate hard on rent reviews and to resist further increases.”

Some agents were backing down after being challenged and either reserving notices for next year or doing nothing, said Mr Dunn.

Richard Brown, of Northumberland agent Richard Brown & Partners, said he “struggled to see how a farmer could be making more this year” and therefore saw “little justification” for rent increases.

Farmers Weekly has spoken to a number of AHA tenants facing rent reviews where agents had used unreasonable tactics to argue for rent increases. These included:

One arable and beef farmer said agents initially wanted to increase his rent by 32% based on miscalculated and “overly optimistic” farm budgets and to add rent for farm dwellings, based on open market residential rents. This has since been reduced but still amounts to a 17% rise.

“The rent increase will diminish the viability of my business,” he said. “They are trying to blur the differences between AHA and FBTs. An AHA is very different – it will be my livelihood for the rest of my life. No one minds paying a reasonable rent, but it must be reasonable.”

He said other tenants less sure of their figures would be “scared rigid” by the budgets and rent suggested by the agent.

Another beef and arable farmer with a private landlord, said their business would “undoubtedly make a loss” this year, but tenants on the estate had been asked for a 15-20% rent increase.

“It’s causing lots of issues, people are really struggling and just can’t face another rise. We feel strongly it needs to be fair.”

Another tenant of a large institutional landlord with marginal arable land, said he felt “powerless against the powerful” in his rent reviews and that the initial offer would have almost doubled his rent, with a residential element on top. Part of the increase was attributed to income received from a diversification business he had invested thousands of pounds in.

“It’s unfair exploiting the fact I have invested all this money and made their land viable,” he said.

An arbitrator has been appointed for these three tenants.