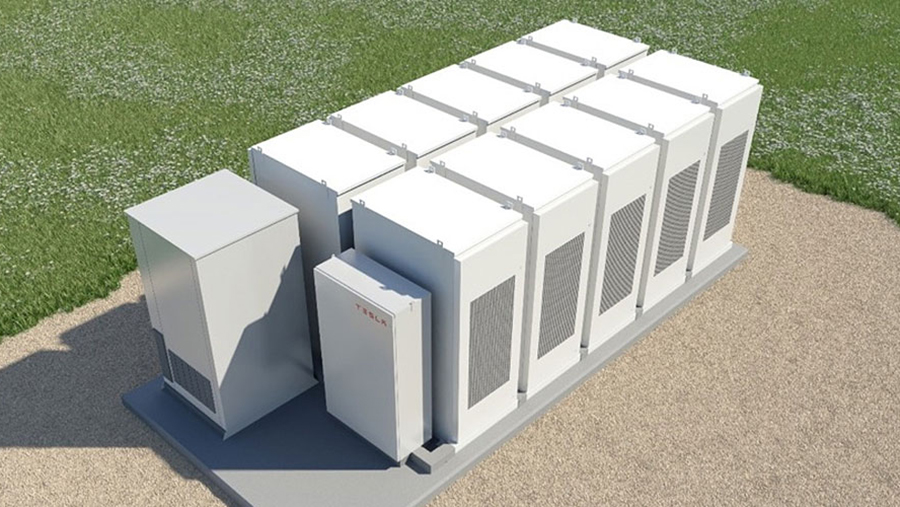 “Technology costs are coming down all the time, with some Chinese manufacturers reportedly now producing large-scale battery systems for £300,000/MW.”

Lithium-ion battery costs are predicted to continue to reduce substantially by the early-2020’s, while electricity demand is set to rise, partly due to the growth of electric vehicles over the next decade.

However, lack of spare grid capacity for new connections remains a constraint in many areas, especially where there has been rapid growth of renewable technologies.

He estimates that, on average, one in 80 rural sites has suitable grid capacity and in some cases upgrades to grid infrastructure are delaying new connections until 2026.

Mr Newton said that although electrical storage capacity is initially being met by large-scale systems, lower costs will make it increasingly viable to install smaller “behind the meter” batteries in homes and businesses, paired with solar or other renewables to maximise on-site use and reduce pressure on the grid.

Domestic systems typically have a capacity of 1-30kWh, while commercial and industrial storage is nearer 30kWh up to 1MWh.

In the meantime, Mr Newton warns any farmers approached by developers looking for sites to install large battery or STOR energy systems to exercise caution and not sign up to anything without seeking professional advice.