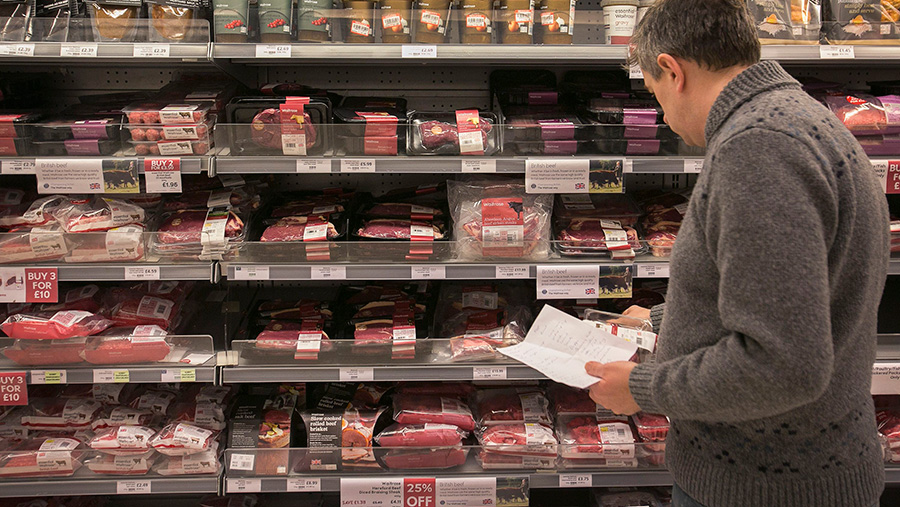 The NFU Scotland’s (NFUS) Shelf Watch scheme shows 97% of lamb surveyed on Scottish supermarket shelves was either Scotch or British.

Of the 850 packs of lamb in the study, just 3% were imported from New Zealand.

The figures represent the results of a successful campaign by NFUS, which has encouraged supermarkets to extend the season in which they buy Scotch lamb.

Union members and staff who acted as secret shoppers found that 100% of the lamb in Aldi and Lidl was Scotch or British, with Tesco making a marked improvement on previous Shelf Watch results.

“These results demonstrate the positive progress that is being made in making Scotch lamb more widely available in Scottish supermarkets.

He added, “While the majority of fresh lamb being sold in Asda and Waitrose in Scotland was produced in the UK, it was hard to find any labelled Scotch.

“We would like to see more done by these supermarket chains to ensure Scotch lamb is available and clearly labelled in Scottish stores.”

The UK is the globes third-largest exporter of lamb behind New Zealand and Australia, shipping 40% of UK production overseas.