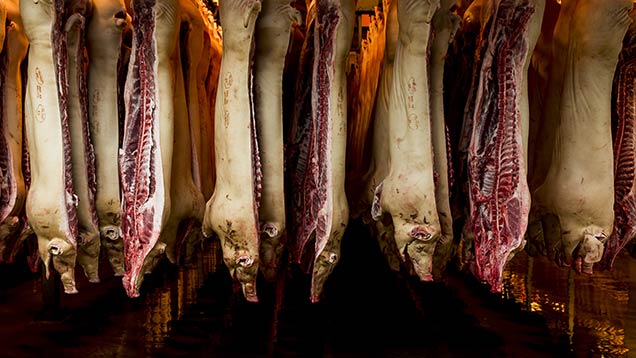 Pig market pressure could be eroding one of the top premiums for high-welfare pork.

One processor has reportedly served notice on farmers, saying it has too much Freedom Food-certified pork with not enough demand.

About 40% of the outdoor breeding herd meets Freedom Food standards, with finished pigs earning about a 6p/kg premium above Red Tractor.

Independent consultant Peter Crichton said the change could be linked to competition from cheaper imports, the availability of other assurance schemes and the challenge of making money from the whole pig carcass.

“The knock-on effect will be lower premiums for Freedom Food and less demand,” Mr Crichton said.

“Producers will be doing their own sums. If they are not getting the reasonable premium with the higher welfare they will say it is not worth doing.”

The finished pig trade remains steady but heavily depressed – putting many producers at a loss. Currency is a key factor, with the weak euro making imports highly competitive.

This week the all pigs price fell by 0.3p/kg to 137p/kg. Returns remain about 25p/kg lower than last year.

National Pig Association policy services manager Lizzie Wilson said the demand for British pork was holding up, but the gap with the EU price was as big as ever.