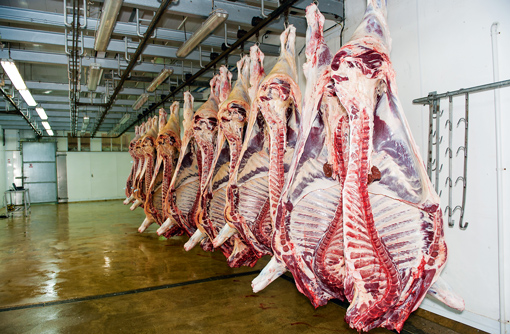 Working closely with local farmers has helped one Sussex hospital trust to cut its food bill.

“Five years ago I was spending £1.9m a year on provisions and wouldn’t know where my food was coming from,” says William McCartney. Mr McCartney provides about half a million patient meals a year across 12 sites as head of catering for one of the largest mental health trusts in the country, Sussex Partnership NHS Foundation Trust. “Now, up to 85% of all our fresh produce is local,” he says.

Mr McCartney, a former commercial food production manager who has been working in the NHS since 1996, explains: “We had been trying for years to get local product from approved suppliers, but it was hit and miss. I also had concerns about how a lot of what we were getting was prepared and processed and where it came from and we wanted to do it ourselves.”

He insists he was ready to take cost rises on the chin as a trade-off against reduced waste and improved patient care. But his fruit and veg bill alone tumbled by more than a fifth as he liberated the trust from contracts with major food service suppliers.

With the backing of the trust’s chief executive, who was as passionate as he was, Mr McCartney started driving down farm tracks.

Meanwhile, the catering team at Amberstone Hospital’s central processing unit at Hailsham, East Sussex, set to work developing a menu plan that rotated every four weeks instead of three, giving patients more choice and staff the flexibility to introduce seasonal produce when it became available. They would later extend it to six weeks so they could absorb the cost of premium-priced best end cuts of local meat over a longer period and introduce overnight slow cooking for the cheaper joints.

Mr McCartney didn’t shy away from asking awkward questions or interrogating suppliers on why they did things, and he acted as an informal recruiting officer for the Red Tractor scheme, insisting all his suppliers met the standard.

He found a farm-based abattoir – DEFRA-licensed to kill livestock exclusively from Surrey, Sussex and Kent, for his dedicated beef supplies with a view to using it later for pork and lamb. He also brought in a British Retail Consortium-accredited catering butcher to work with it on improving carcass yields.

“We didn’t expect to do it overnight,” says Mr McCartney.

“We had to understand what the suppliers’ needs were and build them up gradually; they had to do the journey with us. It was an excellent study in realism,” he adds, but the only way to make it work was by cutting out the middlemen and forging personal relationships.

The trust continued to use a nationally agreed framework for tenders under which JR Wholesale farmers, processors and packers at Downash and KD Catering Butchers at Polegate were invited to bid – and won with a little handholding – effectively becoming procurement hubs, operating within a 50-mile radius.

As a result of their work with the trust, both are now pitching for other public sector contracts.

“At the moment the trust represents 4.5% of my turnover, but I’ll be using local supply now as a selling point with two more hospital tenders,” says Kevin Delves of KD Catering Butchers. Those alone could be worth £100,000 a year to local livestock farmers. “It’s the cheaper cuts that the abattoir has trouble selling and if I can take those off them it helps me, the abattoir, the hospitals and the farmers,” says Mr Delves.

Not everyone sees the same opportunities. Mr McCartney says his job was made harder by the attitude of some farmers and the lack of an industry champion, although EBLEX and BPEX both gave support.

Mr McCartney says: “One of the things we pride ourselves on is that we can get salad leaves harvested at 4am and sitting on our patients’ plates by lunchtime. I have raspberries grown six miles from here at Catsfield.”

English apples that were going to be thrown away because they were not the right spec for supermarkets, but which are ideal for younger and older patients who do not eat a whole one, are now available for nine months of the year.

“We are not sitting here with a pen, saying we want that price. It’s all about quality and it doesn’t have to cost more.”

At JR Wholesale, turnover in the past four years since its NHS contract began has increased by 30% with no hit on margins, while fellow growers have also benefited from the trust’s local sourcing policy.

More than 85% of fruit, vegetables and salads served up to patients is English with 45% coming from within a 30-mile radius of the trust’s central kitchens.

“Sometimes the percentage of local product on the day can be a lot higher,” says Roly Knight (right) who farms vegetables with brother Keith and also supplies the trust with all its eggs from two local free range producers. “There are more growers out there (who could supply the NHS), but you have to work on them because they don’t realise the potential,” he adds. “I’m convinced if the whole of the NHS came on board, British farmers and growers could supply it via several hubs interlinking across the country.”

Get Better, Get British campaign aims and findings