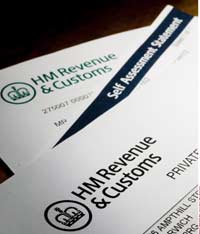 The changes allow mixed partnership businesses – where at least one of the partners is a company or a trust – to claim 40% first-year allowances on new and second-hand plant and equipment bought since 6 April.

Until this year they could only claim 20% writing-down allowance each year on a reducing balance basis. Now they have 40% allowance in year one, with 20% in following years, like other businesses.

While most family farming partnerships were made up of individuals, about 25% of labour and machinery syndicates or joint ventures were mixed partnerships, Mr Markham said.

The changes could save a typical 1214ha (3000-acre) mixed partnership, where one member was a company, about £4000 at current tax rates over three years, he suggested. It also rapidly accelerated the speed of tax relief in the first year, which would be an important consideration for many businesses, he added.

Those using hire-purchase agreements are reminded that new equipment must be brought into use before the financial year ends to qualify for the new 40% investment allowance.

Under previous allowance regime, tax relief on £102,000 annual investment would have given a total tax saving as follows: