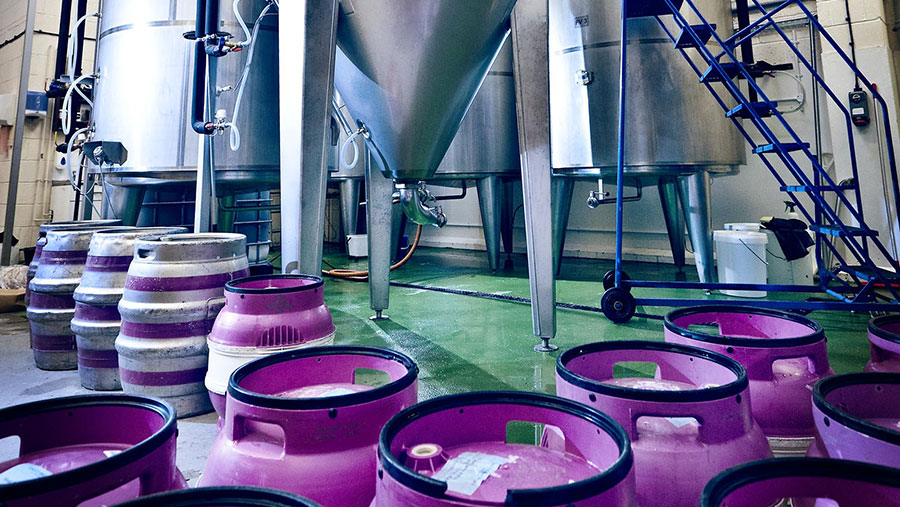 The future of many rural microbreweries hangs in the balance because of a combination of the Covid-19 pandemic and a planned tax rise.

More than three hundred small independent breweries, including several based on farms, have signed a letter from the Society of Independent Brewers (Siba) to the prime minister Boris Johnson, pointing out that they need an urgent package of support to get them through the current crisis.

The letter explains the closure of the hospitality sector has resulted in more than 5m pints of spoilt beer having to be thrown away during lockdown, with brewers footing the bill.

See also: What’s it like to be a brewer?

However, many small breweries have not qualified for some of the government support schemes or local authority grants that have been on offer, including the £25,000 Retail, Hospitality, Leisure and Tourism Grant and the business rates holiday.

“We are now running on empty and we have already seen two small breweries a week closing for good this summer – during winter those numbers are likely to rise,” said the letter.

Further pressure on the sector is coming from government plans to impose a tax increase by changing the Small Breweries’ Relief (SBR).

The SBR is a scheme which Siba argues has made it viable for small businesses to compete against the multinationals.

SBR was introduced in 2002 and provides small independent breweries with a 50% discount off their beer duty bills until they reach 880,000 pints (5,000 hectolitres) annual production.

The letter says the proposed SBR changes need to be scrapped if the industry is to have a chance of a sustainable future.

The government should also extend its hospitality support to cover small breweries, and compensate brewers for the millions of pints that have to be thrown away, it adds.

“It is imperative this government acts now or risks setting the British brewing industry back a decade with widespread business closures.”