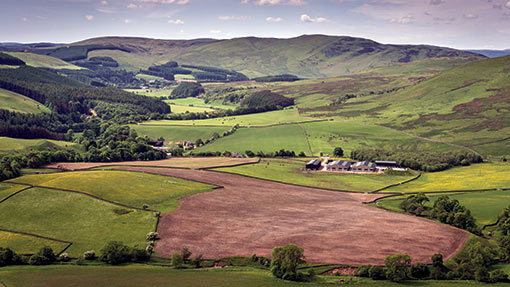 Land agents in Scotland have come under fire from the leader of the Scottish government’s tenancy review group who claimed they were clumsy and inexperienced.

Mr Thin was speaking at an NFU Scotland council meeting on 29 October, providing members with an update on the review group’s progress. He told council members the group’s emerging thinking included the need to establish a body to develop industry led codes of practice and transparent complaints procedures. He added the latest indications ahead of AHLRG final report in December were that a statutory body may be required.

Mr Thin said the body would help to tackle “instances where professional intermediaries were part of the problem in difficult landlord-tenant relationships”.

“It’s clearly the case that land agents can and do play a valuable and important role. They’re vital to landowners who don’t have time. But there are too many instances where professional intermediaries are part of the problem because they are inexperienced and clumsy,” Mr Thin said.

“They don’t mean to cause a problem but they do. They need proper training and codes of practice. It’s not good enough to send a new graduate to speak to a tenant farmer. It’s simply not good enough.”

“I believe one of the failures is a lack of communication and understanding,” he said. “I encounter too many examples where landlords and tenants don’t talk. In some cases they’ve never even met.”

But Sarah Speirs, the director of the professional body for land agents, RICS Scotland, hit back at the criticisms.

“RICS is committed to setting and upholding the highest standards of excellence and integrity – providing impartial, authoritative advice on key issues affecting land, business and society – and is a regulator of both its members and member firms, enabling it to maintain the highest standards and providing the basis for unparalleled client confidence,” said Ms Spiers.

“Land agents play a valuable and important role and, although not all land agents are members of RICS, those who are RICS members are bound by a strict code of conduct to which they must adhere.

“Our members represent both landlords and tenants, and their impartiality, and avoidance of a conflict of interest, which forms part of the code of conduct, is beyond contest.”