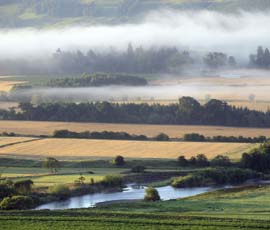 The latest round in a landmark Scottish farm rent case has been won by the landowners following the Scottish Court of Session’s ruling that single farm payment could be used in determining values on rented holdings.

The judgement on the Moonzie Farm case overturned a decision made by the Scottish Land Court in 2010 which was the first case to test whether rents paid for short and limited duration tenancies created by the Agricultural Holdings (Scotland) Act 2003 could be used in determining values on other rented holdings.

The Scottish Tenant Farmers Association was dismayed by the decision. Chairman Angus McCall said: “The fact that two Scottish Courts have come to such divergent opinions shows a weakness in the legal process which undermines the confidence of farm tenants in a system which has been failing them for some time.

“The case will now be remitted back to the Land Court to revise its valuation of the rent in light of the court’s views. What it does highlight are the inadequacies of a system that can allow a rent dispute to escalate into a legal marathon at a six figure cost.”

However Scottish Land & Estates, which represents more than 2,500 landowners, welcomed the decision, describing the ruling as a “sensible way forward for the industry to deal with rent reviews”.