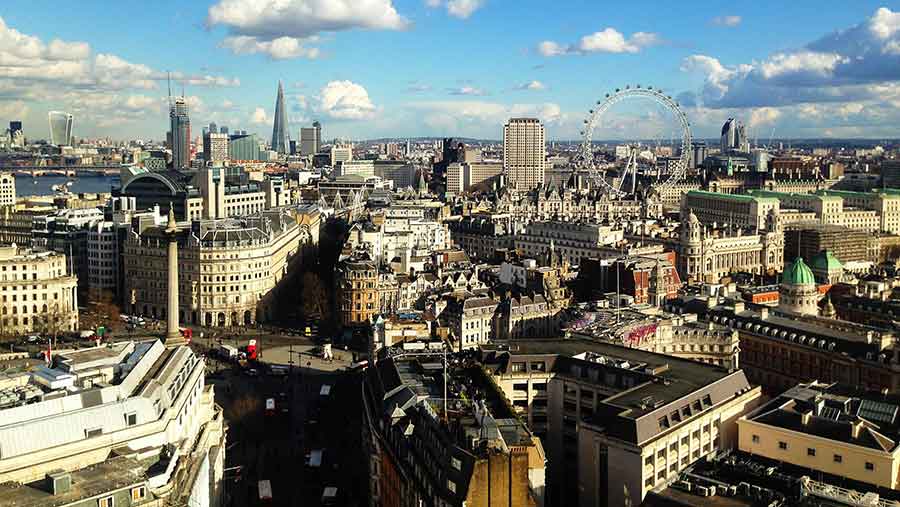 Small-scale and tenant farmers are taking to the streets of London on Sunday 17 April to protest against the sell-off of council farmland.

The farmers will drop a banner over an iconic London building and hold public speeches to highlight the issue.

The protest is being organised by the Landworkers’ Alliance (LWA), which represents small-scale producers and family farmers and is being supported by the Tenant Farmers Association (TFA).

The LWA said it was holding the action to highlight the recent reduction in the number of council farms as a result of pressure from the governments’ austerity measures.

Over the past 30 years the number of county council farm tenants had halved and about one-third of the acreage of council farmland had been lost, said George Dunn, chief executive of the Tenant Farmers Association, who will be speaking at the event.

“We believe the county council farm system continues to provide a very important place for new entrants. We think councils that have sold off their farms are guilty of bad management, which not only affects the agricultural industry, but does not provide best value for money for taxpayers,” said Mr Dunn.

“The loss of 8% of the public farm estate over the past five years has had a massive effect on new entrants into farming. It has turned public resources for the many into private wealth for the few.

“We would like to point out that the continued privatisation of this essential public resource is proceeding with no public consultation whatsoever and shockingly little media attention.”

Farmers who wish to participate should meet the LWA at 3pm on Sunday. The venue of the meeting will be announced shortly.

The protest will form part of an annual international day of action by members of La Vie Campesina, a global small producer movement, which the LWA is a member of. Farmers in different countries will be protesting about issues most pertinent to them.

The second Ask the...Land Promoter webinar focuses on Neighbourhood Planning. It is a new way for local communities to shape the future of development in their neighbourhood. With this, comes the potential of significant income which can be used to support local growth and change. Rosconn Strategic Land explains how this system works so that you can effectively promote your land as a potential housing site.
Register now